100.3 The Sound To Be Replaced With Christian Music Station 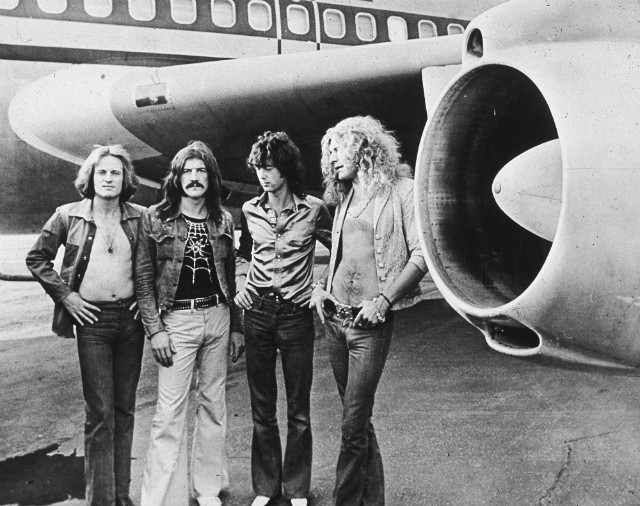 What gets designated as “classic rock” these days? The Stones and the Beatles are there, of course. But then you realize that Radiohead’s Pablo Honey was released nearly 25 years (!) ago, and suddenly the field seems improbably large.

There’s no ambiguity involved at 100.3 The Sound, however. For the most part they play the type of classic rock that your parents used to jam out to. This means Pink Floyd, The Police, Electric Light Orchestra, and Fleetwood Mac. In other words: acts that could fill out the lineup of a hypothetical "Oldchella."

These will be the last days for The Sound, however. As reported at L.A. Daily News, the station is going off the air in the matter of weeks. The news comes right after Entercom, the broadcasting company that owns The Sound, announced that it was completing a merger deal with CBS Radio. As part of the agreement, Entercom will divest three of its stations (including The Sound, or KSWD) to the Educational Media Foundation, reports Variety. The EMF intends to reformat The Sound as a Christian contemporary station called K-LOVE.

“We are particularly excited to see what God has in store for the people of Los Angeles, through our new station, ‘Positive & Encouraging’ K-LOVE at 100.3 FM.,” Mike Novak, CEO at EMF, said in a statement. Is there something symbolic to be found here? That the likes of Led Zep and Black Sabbath will be replaced by God?

The Sound first came to life in 2008, notes RadioInsight. In its first hours it actually fronted as something called “Bruce Radio,” which only played Bruce Springsteen songs in anticipation of a concert he was playing in Anaheim.

Dave Beasing, program director at The Sound, told LAist via phone that they've been told they'll have 30 to 45 days until operations get shuttered. He added that this is somewhat of an anomaly, as it's not unusual for stations to be closed abruptly. "I have to say, it's a bit unusual to get a chance to say good-bye, let alone have a whole month to do it," said Beasing.

He says that the station will likely do some special programming in its final weeks. Programming such as their "A to Z" countdown and their "Roll the Dice" segment may get an "encore" run, and past DJs may come back for a final show (Beasing noted that Mark Thompson, who hosted a morning show from 2015 to 2016, has expressed interest in returning). Listeners can check The Sound's webpage and/or social accounts to keep up with announcements.

"We're in a position where we have 30 days to contribute to our legacy," said Beasing, who's been with the station from the start. "It's been so much fun, and we've had a great run. It's bittersweet."