Your Coffee May Come With A Cancer Warning In The Future 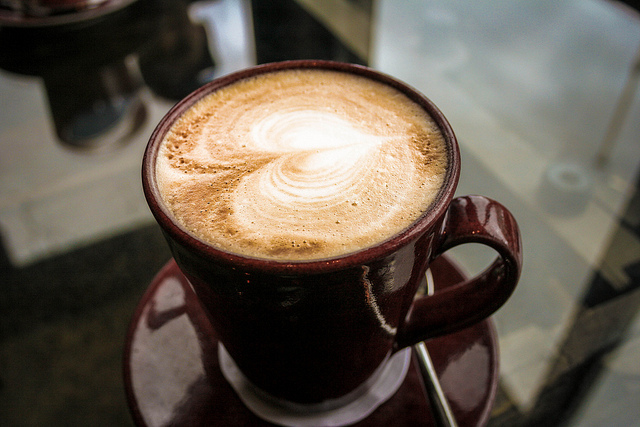 (Photo by duncanvdw via the LAist Featured Photos pool on Flickr)

It seems that, in regards to health, the upsides and pitfalls of coffee will be contested for eternity. Adding to this debate is a nonprofit group called the Council for Education and Research on Toxics (CERT), which has zeroed in on a carcinogen called acrylamide, a chemical that is found in cooked foods like French fries, and comes as a byproduct of the natural roasting process in coffee.

As reported by the Associated Press, CERT is behind a lawsuit filed seven years ago that says Starbucks and 90 other companies have failed to adhere to Proposition 65, which requires warning signs for hazardous chemicals found in household products and in the environment. While the case has been ongoing since 2010, it’s received a recent uptick in attention as the second phase of the trial has begun in Los Angeles. In the first phase, a judge ruled against Starbucks’ defense, saying the company did not provide sufficient evidence that acrylamide in coffee doesn't present an appreciable risk.

According to the Office of Environmental Health Hazard Assessment (OEHHA), acrylamide is “a chemical that is formed in certain plant-based foods during cooking or processing at high temperatures, such as frying, roasting, grilling, and baking.” Sources of acrylamide may include potato chips, roasted nuts, and breakfast cereals. The chemical is listed under Proposition 65 as being a possible carcinogen.

Coffee defendants say that the amount of acrylamide in a cup of coffee doesn’t present a health risk. “Based on the animal studies, you would have to drink probably over 100 cups of coffee a day in order to get to that dangerous dose, so it is totally absurd,” Stanley Omaye, a professor of nutrition and toxicology at the University of Nevada, told Chemistry World.

Having lost the first phase, defense lawyers are taking on a different tack, focusing on an exemption for chemicals that come naturally from cooking that’s necessary for palatability, and/or to avoid contamination. "It is hard to imagine a product that could satisfy this exemption if coffee does not," defense attorney James Schurz said in court documents, reports the Associated Press. "The answer to the question of whether Proposition 65 requires coffee to carry a cancer warning must be an emphatic 'No.'"

As noted at Seattle Pi, if CERT wins they will be looking for a civil penalty of $2,500 per person exposed each day—this would amount to a hefty bill for the companies, as the group asserts that the violations have been happening since June of 2002.

It would also likely lead to more prominent cancer warning labels for coffee sold in California. While it’s unclear what this would result in (would there be a label slapped on each cup of coffee you purchase from Starbucks?), the OEHHA says that “businesses are required to provide a ‘clear and reasonable’ warning before knowingly and intentionally exposing anyone to a listed chemical,” notes The Mercury News.

"The intent is not to scare people," said Allan Hirsch, chief deputy of the office at CERT, according to the AP. "The intention is to help people make more informed decisions. If you continue to buy a product that will expose you to a chemical, that's OK as long as you're informed." Raphael Metzger, an attorney representing CERT, says that the ultimate goal is to remove acrylamide completely from coffee—Metzger and CERT were part of a previous case that led to potato-chip makers agreeing in 2008 to pay $3 million and remove acrylamide from their products.

As noted at Food & Wine, two brands have already settled; both the gas station brand BP (which have coffee in their convenience stores) and the donut chain Yum Yum have reportedly agreed to pay the fine and post warnings moving forward.

LAist reached out to CERT to ask what they think the warning labels (if they do happen) may be presented as, but have not heard back by time of publication. We will update when we get additional information.