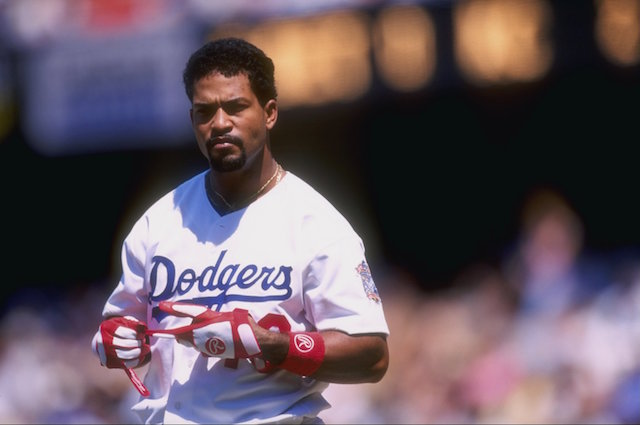 Former baseball player Raul Mondesi, who played for the Dodgers from 1993 to 1999, has been sentenced to eight years in prison in the Dominican Republic for alleged misuse of public funds, reports ESPN.

Mondesi was accused of corruption and mishandling public funds while serving as mayor of his hometown of San Cristobal. The L.A. Times says that he’d allegedly misspent 300 million pesos during his tenure from 2010 to 2016. Aside from the prison sentence, he has also been ordered to pay 60 million pesos (about $1.3 million), and will be barred from holding public office for 10 years.

Mondesi spent his first seven seasons in the majors with the Dodgers, winning the National League Rookie of the Year award in 1994. He was a two-time Gold Glove winner while in L.A., and had made an appearance at the 1995 All-Star Game.

A 2009 L.A. Times article detailed Mondesi’s campaign for office. The write-up presented Mondesi as a candidate who was running on the strength of his fame, instead of a clear platform of issues. "They don't present ideas, such as political platforms, in the event they win office. They base their campaigns more on their stature as an athlete,” Americo Celado, a columnist for the Dominican website Clave Digital, said while speaking on athletes and artists who run for office in the Dominican Republic.

Speaking on his own merits as a candidate, Mondesi said that he was familiar with the struggles of his neighborhood. "Most of the people, they don't have anything," said Mondesi. "I know what they need, how they feel."