Linda Hamilton Is On Board For A New 'Terminator' Movie 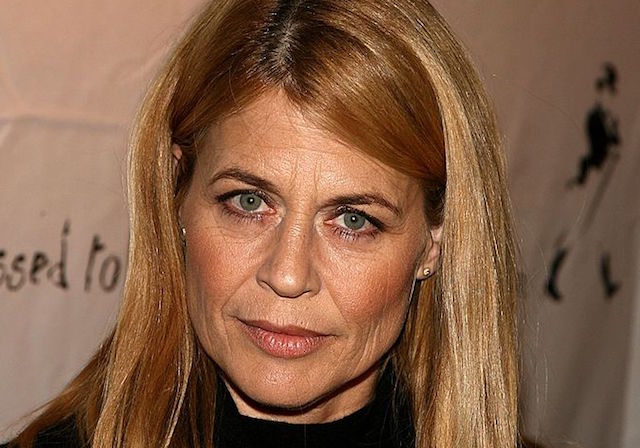 Linda Hamilton is officially on for a new Terminator flick. According to The Hollywood Reporter, James Cameron (director of the first two films) made the announcement at a private event celebrating the franchise. "There are 50-year-old, 60-year-old guys out there killing bad guys,” Cameron said at the event, referencing gender roles in action movies, “but there isn’t an example of that for women.”

Hamilton will be joined by the other two mainstays of the original Terminator movies— Cameron and Arnold Schwarzenegger have already boarded the ship. Cameron, who wrote and directed the first two movies in the franchise, will return as a producer. He’ll also get a writing credit, as the movie will be based off a story he’d written. Tim Miller, who made a name for himself with Deadpool, is set to direct.

THR says that Cameron and Miller are delegating script duties to a writers room that features some impressive pedigree. David Goyer (Dark City and The Dark Knight trilogy) and Josh Friedman (The Sarah Connor Chronicles TV series) are a part of that clubhouse.

THR says that, while details are obviously scarce, Cameron wants the new movie to be a direct sequel to the second movie, Judgement Day. Does this mean the new movie will erase the handful of clunkers that came after it? Hopefully that’ll be the case. And, in a franchise involving time-travel and diverging storylines, it would be easy for Cameron and crew explain away McG’s participation.

The return of Hamilton is extremely welcomed news (for people who actually want a continuation of the Terminator franchise, at least). While Schwarzenegger got all the attention with his catchphrases and appropriately stiff acting, Hamilton helped elevate the first two movies, giving them a sense of urgency and humanity. She was, arguably, the best actor in the second movie (though you can make a case for Robert Patrick's turn as a dead-eyed, unthinking sociopath).

And that scene where L.A. gets blown up in a dream sequence? Hamilton perhaps did too good a job with it: