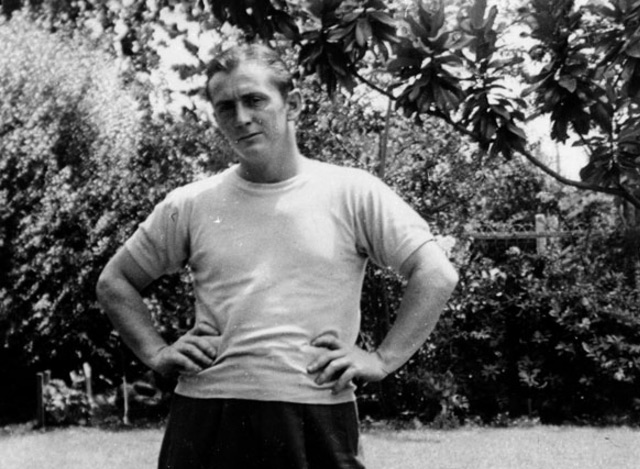 In a fantasy tournament of the best novels about L.A., LA Weekly placed John Fante's Ask The Dust in the company of such mainstays as Play It As It Lays and The Day of the Locust. The book had barely lumbered out of the first round when it was bested by Bret Easton Ellis' Less Than Zero.

There is perhaps something symbolic here. Ask The Dust, about a neurotic and starving writer named Arturo Bandini (a clear stand-in for Fante) and his languid days spent in a gritty and despairing Bunker Hill, was eclipsed by a book that centered on the material (and chemical) excesses of Los Angeles. Whereas Ask The Dust evoked a physical wasteland, Less Than Zero honed in on a more figurative take.

Another big difference was that Ask the Dust was hardly a boon for its author; Fante (and the book) would toil in relative obscurity for decades after the novel's publication in 1939. This would be lamented by certain pockets in Los Angeles' more bookish milieu; Charles Bukowski would hail Fante as a "God," and screenwriter Robert Towne would proclaim Ask The Dust as "the best book about Los Angeles ever written" (Towne, after a decades-long effort, would write and direct a fairly lackluster 2006 adaptation).

The appeal of Ask The Dust is immediately apparent (to those who are into that kind of thing, at least). The words are reflective of the air of electricity that pervades L.A.; a persistent hum that, at irregular intervals, gives way to bursts of violence, and rapture, and strife. The book is also impressive for its geographical reach. In a seamless manner, it takes us from a down-and-out bar in Bunker Hill, to the airy expanse of Long Beach, to the sandy shores of the coast. It becomes clear to the reader that Fante is obsessed with Los Angeles, that he regards the city with both a lurid curiosity and bone-deep wariness. Likewise, L.A. would be a recurring star in his canon (which includes the "Bandini quartet"). Here, we take a look at some of the places that shaped the writer and his works.

(Click through the photos below to read the entries).