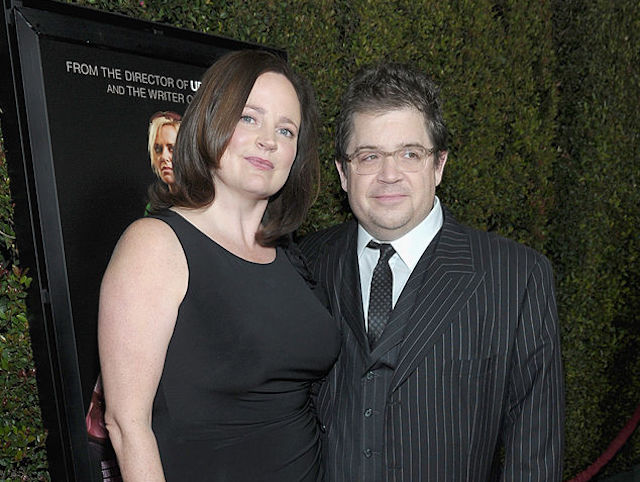 Writer Michelle McNamara passed away unexpectedly in her home in April of 2016. At the time of her death, she was working on a true crime book about a figure she’d dubbed The Golden State Killer—the project stemmed from a widely-read article she’d written for Los Angeles Magazine in 2013.

About a hundred days after her death, her husband, comedian and actor Patton Oswalt, wrote a heart-wrenching Facebook post about the process of grief, and the way it moves and transforms (instead of subsiding). In that post he mentioned McNamara’s book-in-progress, vowing to get it published in the near future:

Any spare energy I've managed to summon since April 21st I've put toward finishing Michelle's book. With a lot of help from some very amazing people. It will come out. I will let you know. It's all her. We're just taking what's there and letting it tell us how to shape it. It's amazing.

On Monday, Oswalt announced on Twitter that the book—I'll Be Gone In The Dark—now has a publication date. The book is slated to arrive on February 27, 2018 via HarperCollins.

In an accompanying Facebook post, Oswalt said that, yes, he may be biased on the matter, but is also confident that I’ll Be Gone In The Dark will be a gripping read.

I can say with quiet, deep confidence that Michelle's book is going to join the pantheon of true crime. Not only because of the grace with which she took on this massive, sprawling, heartbreaking cold case. And not only because she brings superhuman empathy and understanding to the survivors, the cops who are still haunted by the case and, yes, even the still-uncaught creep she dubbed "The Golden State Killer."

But because of the WRITING. Michelle was an incredible storyteller. She deftly slaloms back and forth between the ongoing investigation, then back to her childhood, and a VERY specific reason why she became obsessed with unsolved murders.

February is a bit of a wait. If you’re starving for some great true crime (and don’t mind some spoilers) you can head over to McNamara’s article for Los Angeles Magazine. As detailed in the piece, the Golden State Killer was a serial rapist and murderer, believed to be connected to 50 rapes and ten murders that took place from 1976 to 1986 in California.

McNamara, who also helmed the True Crime Diary website, spoke with LAist in 2013 about the book project. Asked about her interest in the topic, McNamara said she was “fascinated by how unusual the Golden State Killer was. He clearly did a lot of pre-planning and surveillance of his victims. He was brazen in that he took the risk of entering their homes. He was mysterious in that he was masked and spoke in a harsh whisper. Yet he seemed to occasionally reveal vulnerable sides of himself, several times crying at the scene and calling out for his mother.”

You can pre-order I'll Be Gone In The Dark here.