Prepare Your Insta Feeds: Sqirl Will Be Serving Breakfast For Dinner Next Week

For the first time ever, L.A. brunch favorite Sqirl will be opening its doors for dinner. Well, not dinner exactly, but a meal served at dinner time. Beginning on Thursday, the Silver Lake/East Hollywood favorite will host a limited-run three-night "breakfast for dinner experience."

Known for its fancy toast and extremely long weekend lines, Sqirl is beloved by everyone from Mark Bittman to my mom, along with a seemingly endless parade of Girls In Big Hats and the men who hold their purses while they selfie. Though it only opened in 2011, Sqirl has long since crossed over into L.A. institution status—and chef Jessica Koslow, who also has a West L.A. spot opening sometime in the not-too-distant future, is practically a civic treasure. 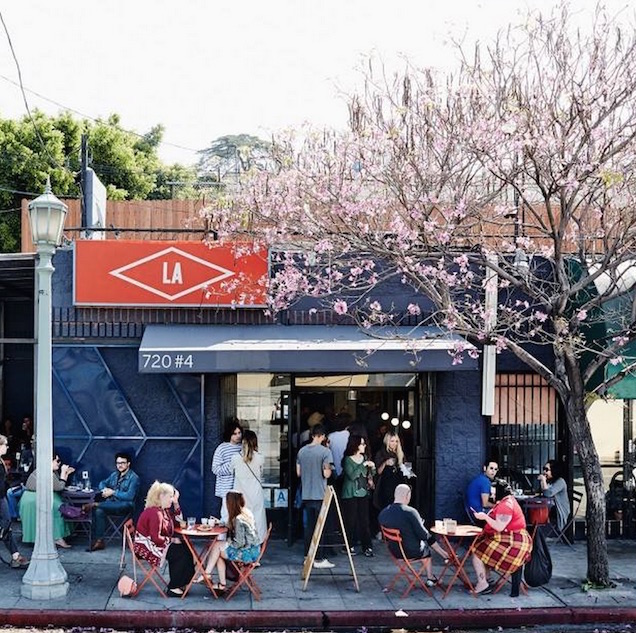 Koslow will team up with Kellogg's cereal for next week's limited-run breakfast for dinner residency, serving unique cereal-based creations that build off Sqirl favorites. "Cereal is such a versatile ingredient that can work for both sweet and savory dishes," Koslow said in a statement. "Breakfast is the best meal of the day—why not have it all the time?"

Menu staples like Koslow's famous ricotta toast will be reimagined with a twist, incorporating—what else?—Kellogg's cereals. Most of the temporary menu remains a mystery, but the ricotta toast (as pictured above) will be topped with Rice Krispies® and limited-edition cereal jams. I know that I should probably say something snarky here (typing that ® symbol practically triggers a Pavlovian response) about hipster restaurant + multinational company = blah blah, but these are dark times and who doesn't want to eat soft cheese on bread with cereal on top? Honestly, that sounds great.

Sqirl will be partnering with Kellogg's for the three-night, cereal-inspired breakfast for dinner menu from Thursday, September 21st through Saturday, September 23rd. Walk-in seatings will be available nightly from 7 p.m. to 10:30 p.m. Sqirl is located at 720 N. Virgil Avenue in Virgil Village.

Related: Here's Why The Line At Sqirl Is Worth It