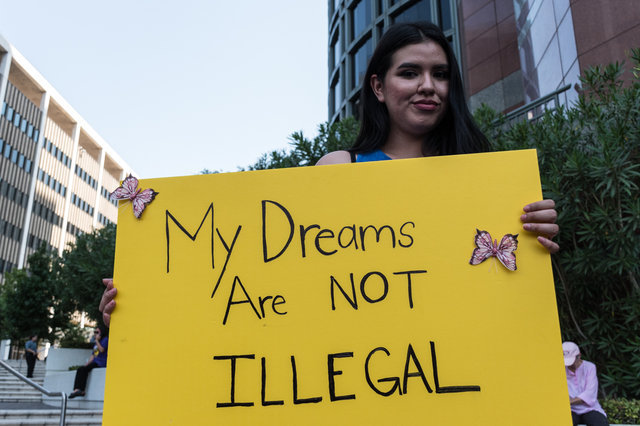 In response to President Trump's decision to end the DACA program, which would have a disproportionate effect on California, Los Angelenos plan to rally in MacArthur Park Sunday afternoon to defend the program. Under President Trump's current actions, no new applications will be accepted for the program, which defers deportation action for undocumented immigrants who arrived to America as children. Current protections for DACA recipients are also set to expire in six months.

The #DefendDACA march, as organizers have dubbed the rally, will begin in MacArthur Park at 3 p.m. Sunday. Currently, over five thousand people have expressed plans to attend via the Facebook event, with over 18 thousand expressing interest in the event. The rally will continue the action of the multiple rallies that occurred throughout Los Angeles this past week, and will likely be the largest of the events so far. The rally plans to end by 7 p.m.

Rallies and protests defending DACA have been occurring across the country this week, and the action has extended beyond public protests. In California specifically, the UC system has sued President Trump in response to his decision, and Los Angeles County Supervisor Hilda Solis has described a motion to restrict travel to the nine remaining states threatening legal action unless the president ends the DACA program.

If you or someone you know is a DACA recipient, here's a list of resources for DREAMers in Los Angeles.