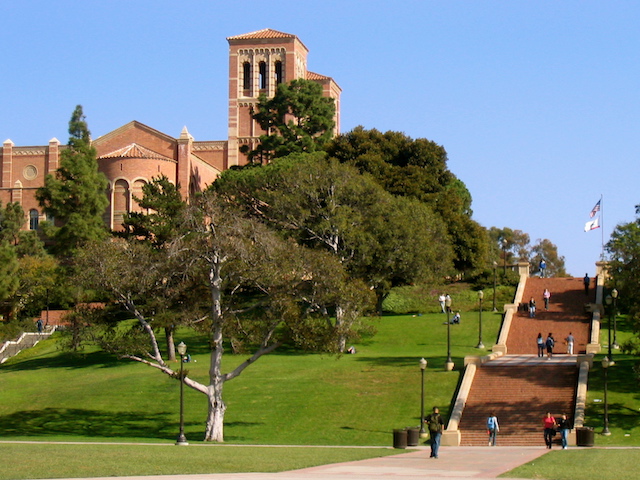 The University of California school system filed a lawsuit Friday against the Trump administration, alleging that its repeal of the Deferred Action for Childhood Arrivals (DACA) program violates the due process clause of the Fifth Amendment.

The DACA program has provided work authorization and deportation relief for nearly 800,000 young undocumented immigrants since it was implemented through an executive order by then-President Barack Obama in 2012. UC President Janet Napolitano, who oversaw the implementation of DACA in her former capacity as Secretary of Homeland Security during the Obama administration, released a statement on Friday calling DACA's repeal "unlawful" and "contrary to our national values."

UC's lawsuit was filed in a Northern California federal court Friday against the Trump administration's Department of Homeland Security and its Acting Secretary, Elaine Duke. The suit alleges that in overturning DACA, President Trump and Attorney General Jeff Sessions violated the Administrative Procedure Act's requirement that the government provide public notice and reach out to those affected before revoking major policy. “Neither I, nor the University of California, take the step of suing the federal government lightly, especially not the very agency that I led,” Napolitano said in her Friday statement.

DACA's repeal would have unique ramifications for the UC school system, as it's home to approximately 4,000 undocumented students, the Daily Bruin reports, a number of whom are DACA recipients who face deportation based solely on what the lawsuit calls "unreasoned executive whim."

The University of California has promised to offer legal services to undocumented students affected by the Trump administration's DACA repeal, in addition to maintaining the DREAM loan program for financial aid and continuing to allow California residents who are DREAMers to pay in-state tuition.