Dump The Worst Parts Of Your Past Relationships At This Altar 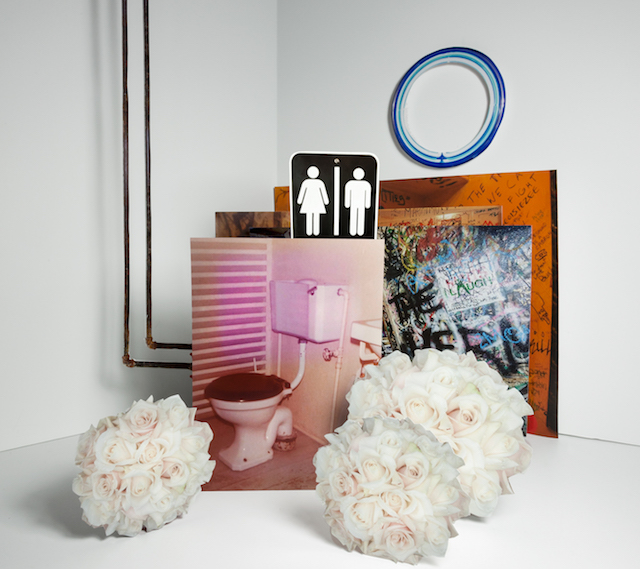 The Altar. (Image courtesy of the Museum of Broken Relationships)

A new exhibit at the Museum of Broken Relationships aims to coax positivity out of a normally upsetting experience: a really bad breakup. In The Altar: Good Memories of Bad Love, artists Kate Stone and Hannah Schneider have created an altar that guests of the museum can use to commemorate lost loves. Rather than fixating on the bad parts, or what went wrong, the altar gives people an opportunity to think about the growth and bond that occurred during the failed partnership.

The exhibit is an in-person complement to the duo's book How We End. The collection of illustrated short stories describes the moments when the narrator recognizes a relationship is over. Alexis Hyde, director of the Museum of Broken Relationships, told LAist that "Kate and Hannah have visually and verbally transformed the history of their love lives into something beautiful and appealing."

The exhibit is fundamentally an altar for people to deposit memories. It's beautiful—pristine white roses sit on top of it—and is a place to sacrifice the bad memories while reflecting "on the good parts of failed love," the artists told LAist over the phone. Guests can write down their worst memory of a relationship, fold it up, and place it in a miniature box to put at the altar (a "moving on box," if you will). Over the course of three weeks, the boxes will accumulate and the altar will become a full commemoration of the good and bad sides of broken relationships. It'll provide a moment "to appreciate the value in a relationship even if it ultimately ends," said Schneider.

The duo previously hosted an installation of the book in New York, where prints of the books' photos and stories were displayed to the public. The artists even invited the ex-boyfriends about which they had written to come read their stories at the gallery. Surprisingly, they all consented. What's more, they agreed to rehash the relationships in conversation with the two artists. It turns out those conversations were recorded, and Stone and Schneider will have them playing in a phone booth for the duration of the exhibit.

For Stone and Schneider, this exhibit isn't just an opportunity for other people to put past relationships in perspective. "When we started writing [How We End] we were in our mid-20s," said Stone, "and we were still rehashing old relationships and going through our issues. By the time we finished the book we were both married." This exhibit, and its prioritization of the good in past relationships, offers a chance to represent where the artists are now.

The exhibit will end with a live storytelling event on October 1st where people will recount "the best things about their worst relationships."

The Museum of Broken Relationships is located at 6751 Hollywood Blvd., Hollywood. Tickets are $18 and can be found on their website. The exhibit runs from September 9 to October 1.