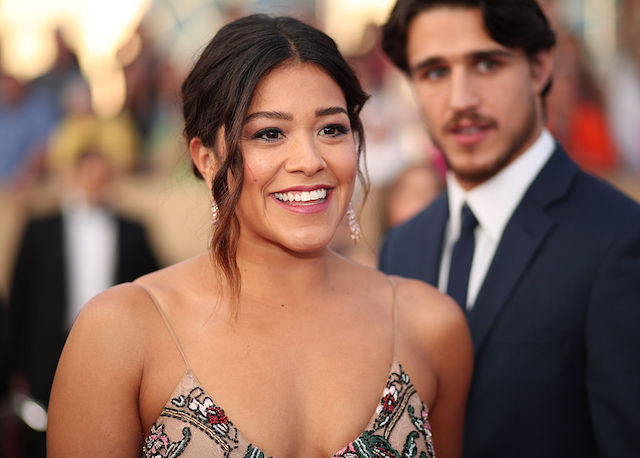 Actress Gina Rodriguez is keen to highlight the work of Latino artists and other actors of color on her Instagram account, which boasts nearly two million followers. So it’s no surprise that the Jane the Virgin star is producing a pair of shows that put Latinos and immigrants at the forefront.

According to The Hollywood Reporter, Rodriguez has sold two Latino-focused dramas to CBS and The CW through her I Can & I Will Productions company, which aims to diversify the industry. Rodriguez said it’s been her goal to showcase more Latinos in Hollywood.

For years this is all I wanted to do. Bring Latino stories to the screen to create love, tolerance and empathy. LATINOS STAND UP! https://t.co/3AU6ysD6P1

Have Mercy is the CBS project, which focuses on a Latina doctor who can’t practice after emigrating to Miami, according to Variety. She begins to work as a nurse’s assistant but then decides to open a makeshift clinic in her apartment to help her community, Variety reports. It’s based on the German pilot Dr. Illegal, which Rodriguez optioned in January.

Titled Illegal, The CW show centers on the real-life experience of Rafael Agustín, a 16-year-old high school student who is just trying to survive puberty, according to Deadline. Agustín, a graduate of UCLA and Mt. San Antonio College, was born in Ecuador but grew up in the United States. It wasn’t until high school that he learned he was undocumented.

Agustín on Wednesday announced the show in a tweet declaring his support for DACA, the Obama-era program that protects young immigrants from deportation. On Tuesday, Attorney General Jeff Sessions announced that the program would be rescinded:

IT'S OFFICIAL @HereIsGina and I sold our first TV show based on my life as a former undocumented student #DefendDACA https://t.co/OQVdGhcStJ

Rodriguez has also been a staunch supporter of the program:


Here to stay! I also am privileged to follow and stand with #DefendDACA #DefendDREAMers Dreamers. https://t.co/u3wPNMfW0A