This Is The Only Restaurant In L.A. Serving Authentic Kobe Beef 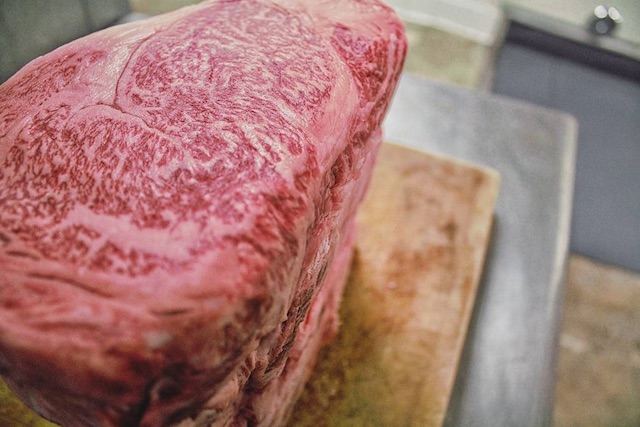 A cut of Kobe beef at Shibumi. (Photo courtesy of Shibumi, via Instagram)

Harsh truth time: almost all Kobe beef is a lie. Your neighborhood bistro with the "Kobe beef sliders" on the menu is probably serving you Waygu beef, of which Kobe beef is a subcategory found only in the Kobe region of Japan. (It's like that whole "It's only real bourbon if it was made in Kentucky" lecture you received from your latest terrible Bumble date. He was wrong, by the way.) The Kobe beef on the menu at David Schlosser's Shibumi, though, is the real deal—and they have the certificate to prove it.

Shibumi has been covered in glory ever since its opening in downtown L.A. last year, with Eater calling it "the future of Japanese dining in America" and legendary L.A. Times food critic Jonathan Gold placing the Japanese kappo-style eatery second on his list of "101 Best Restaurants." Part of the reason for Shibumi's success may be its commitment to authenticity—instead of passing off Waygu beef as the real thing, they proudly maintain their rep as the only restaurant in Southern California currently serving authentic Kobe beef.

"The Kobe Beef Association sent us a certification in August, which we laminated, just in case anyone doubted us," Shibumi's assistant general manager Heidi Lo told LAist on Wednesday. (See photos below for incontrovertible proof of Shibumi winning the Kobe-beef game.)

Lo added that Shibumi is only the 13th restaurant in the U.S. to receive the Kobe Beef Society's certification, noting, "The only other restaurant that I'm aware of that serves authentic Kobe beef near us is Alexander's Steakhouse in San Francisco." Unsurprisingly, most authentic Kobe beef-dealing restaurants in America are found in carnivorously inclined cities like Dallas and Las Vegas, rather than decidedly vegetable-forward Los Angeles.

A 3-ounce cut of authentic Kobe beef at Shibumi will set you back $124, which is ridiculous a perfectly valid way to celebrate being rich. Hey, at least you know you're paying for the real thing.