The Muppets Will Take The Hollywood Bowl This Weekend 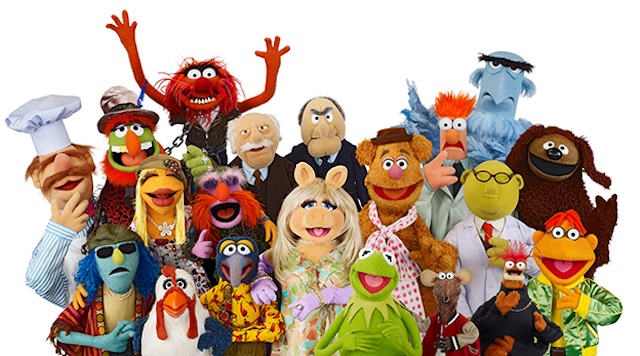 (Courtesy of the Muppets)

The one-of-a-kind performances, hosted by comedian and Muppets fan Bobby Moynihan, will feature a mix of music, comedy, filmed elements, digital graphics and masterful puppetry. The two-hour concerts will be the biggest shows the Muppets have ever put on and promise to be full of anarchic comedy befitting legendary Muppet performer Jerry Juhl’s famous line “If The Muppet Show had a basketball team, the score would always be Frog 99, Chaos 98.”

How did this concert come about? According to Kirk Thatcher, who’s co-writing and co-directing the show and has worked with the Jim Henson Company and the Muppets since 1986, the Hollywood Bowl approached the Muppets, but the Muppet team had always thought about doing a big show.

“The Muppets had been talking about doing a live show for years…but never a two hour show because it’s such a huge undertaking, but I think the Hollywood Bowl was up to the challenge. It was great timing for us because we didn’t have a movie or tv series, so it was all hands on deck,” said Thatcher.

Past live Muppets performances have been smaller undertakings like talk show appearances and parade floats. However, this isn’t the first time Muppets have taken the Bowl stage, as Kermit the Frog and Miss Piggy played a brief role in longtime Hollywood Bowl Orchestra conductor John Mauceri’s farewell shows in 2006.

A kind of test run for a large scale show took place last year at the Outside Lands Music Festival in San Francisco, where the Muppet rock band Dr. Teeth and the Electric Mayhem performed a 25-minute set. The set was a hit and Consequence of Sound dubbed it “the greatest exclusive performance of the year.” According to longtime Muppet performer Bill Barretta (Rowlf the Dog and Pepe the King Prawn, among many others), the response to the Outside Lands concert “cemented that we needed to do something bigger.”

However, a two-hour show presents new challenges. Filmed Muppet performances usually involve specially designed sets with five-foot tall trenches for puppeteers to stand in. That’s not an option at the Bowl. So, in a break from Muppet tradition, the puppeteers will be seen on stage, entirely dressed in black. “We spent two months trying to figure out how we could hide the performers and we realized there was no way,” said Thatcher.

Barretta will serve as the puppet captain for the Hollywood Bowl shows and believes that bringing the puppeteers out of the trenches is important for making the concerts work. “The best performances will come out of the performers being able to move and play. If you’re locked down or behind a wall, it limits the performance to a degree. There will be times when we’re out there in our black and we’ll just fade away,” said Barretta.

“We were afraid for years that it would detract from it, but the audience can watch the screen and it won’t quote-unquote ruin the magic, but in some ways it’s even more magical when you see the performers,” said Thatcher. However, the Bowl’s large screens will allow guests to maintain a suspension of disbelief and watch the Muppets just like they would during any movie or tv show. However, because the puppeteers will be on view, the show will not be recorded or made available on home video.

According to Barretta, the greatest challenge will be maintaining the puppeteer’s endurance throughout the show and making sure blood flows to the hands raised above their heads. Twenty-five puppeteers are taking part in the production, and segments are spaced out so individual puppeteers won’t have to be onstage for too long. Video segments will also occasionally break up the action.

Fans can expect to hear and see lots of familiar songs and sketches, including new editions of Pigs In Space and Muppet Labs. Going through the Muppet song book was a challenge for Ed Mitchell, the show’s musical lead and a longtime arranger and composer for the Muppets. “We poured through the entire catalogue and spent a lot of time coming up with a cohesive program that made sense. I would say there are probably a good 30 to 40 new arrangements of music for this show,” said Mitchell. As an added treat, it’s been announced that Paul Williams, the singer-songwriter who wrote the songs for The Muppet Movie, is among the special guest stars who will appear at the concert.

The Muppets will perform at the Hollywood Bowl on September 8 (Friday), September 9 (Saturday), and September 10 (Sunday). Tickets start at $14 and are available here.