Alta, One Of The Bay Area's Best-Loved Restaurants, Is Coming To West Adams 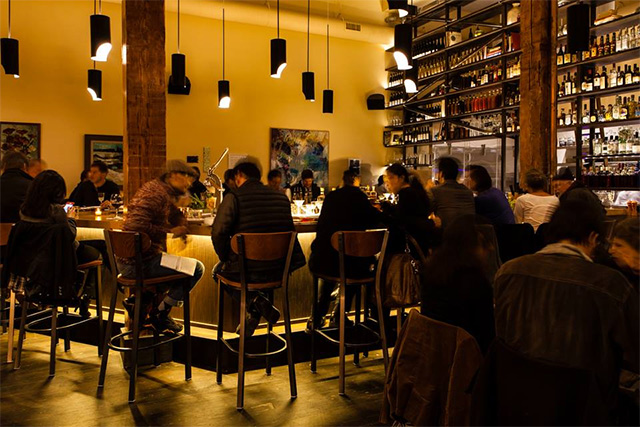 An exciting new Bay Area export is slated to hit Southern California next year, and we're not talking about that long-awaited Apple store in downtown L.A. Daniel Patterson's restaurant Alta, which has been dishing up inspired Californian fare across several San Francisco locations since 2013, will open a branch in West Adams sometime next year, Eater reports.

A spokesperson for Patterson—who also owns Plum Bar in Oakland and Coi and Alfred in San Francisco—tells Eater that the restaurant's menu will look similar to its Bay Area offerings, "with a distinctly Southern California sensibility and setting designed with the surrounding community in mind." Alta's New Californian menu is heavy on craft cocktails and seasonal vegetables, which makes it a perfect fit for the City of Angels. (Just be careful not to confuse it with Alta Nordic Kitchen, a Scandinavian restaurant that opened in the Fairfax district last month.)

Patterson has already made his mark on the South L.A. food scene as a partner in Locol, Kogi chef Roy Choi's "conscientious fast-food spot" in Watts. It's not surprising that Patterson picked West Adams for Alta's first L.A. location; once a shipping-container shopping center arrived in the neighborhood, the all-organic, sustainable rice bowls and pricey cocktails were sure to follow.

There's no set date yet for Alta's arrival in South L.A., but the restaurant will be open sometime in 2018. Here's hoping San Francisco chef Yoni Levy's umami-rich bialys will make the journey to L.A.