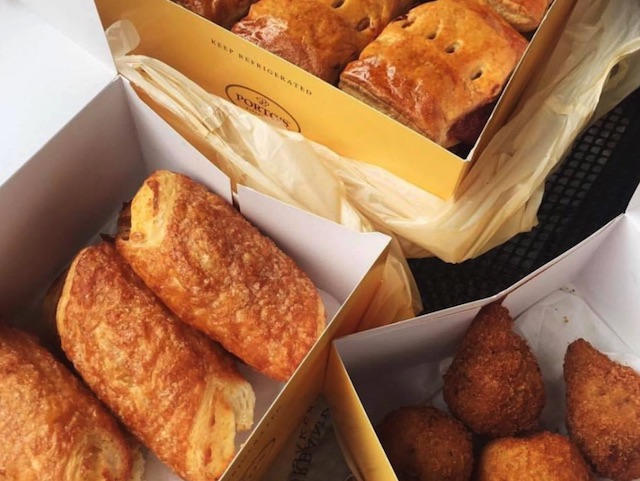 As the story goes, Porto's first started in Echo Park, where Rosa Porto opened a 300-square foot bakery on Sunset Boulevard in the '70s. That store would expand to a 2,000-square foot facility in Glendale, which then doubled in size and was followed by locations in Burbank, Downey, and Buena Park.

Despite the years of expansion, the store never set up shop on the Westside. That's about to change, however, as a Porto's pop-up will arrive at the Annenberg Space for Photography in Century City in September. As noted at Eater, the Cuban bakery will crop up as a café called Doña Dulce. It will dole out Porto's classic cheese rolls and raspberry besitos, among other items. There will also be coffee from F. Gaviña & Sons, which was founded in Cuba in 1870.

The Cuban connection is not a coincidence—the pop-up will be part of an exhibit that focuses on photography in Cuba. Titled CUBA IS, the exhibit builds up to an intimate portrait that reveals the humanity taking place behind the island country's colorful walls. There'll be over 120 photos that touch on subjects ranging from El paquete, an underground system of sharing digital content, to the Cuban punk rockers dubbed "Los Frikis." The exhibit includes works by Leysis Quesada, Raúl Cañibano, Tria Giovan, and Elliot Erwitt.

CUBA IS will kick things off with an opening celebration on September 9 from 7 p.m. to 10 p.m. There will be food, cocktails, music, and dance performances. The exhibit, which is free, will run from September 9 to March 4. Check here for hours.