On Thursday morning, Los Angeles' iconic Angels Flight railway reopened to the public after an almost four-year hiatus. The 298-foot funicular has ferried Angelenos up and down the steep incline of Bunker Hill for more than 115 years, albeit with a few interruptions.

Save for a short cameo in La La Land, Angels Flight's two orange rail cars have been out of service since 2013, following a derailment. The iconic railway first opened in 1901, back when Bunker Hill still housed Victorian mansions and the city's elite. Billed as "the world's shortest railway" at just shy of 300 feet, more than a hundred million trips have been made on Angels Flight since 1901, according to CBS News.

The railway was dismantled and put in storage in 1969, and didn't make its return to downtown Los Angeles for almost three decades, reopening in 1996. 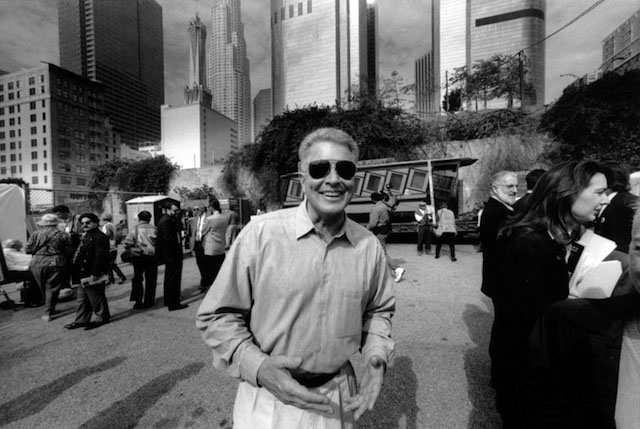 Huell Howser at the 1995 groundbreaking ceremony for the second iteration of Angels Flight. (Photo courtesy of the Los Angeles Public Library Photo Collection)

Angels Flight was again temporarily shuttered in 2001 following a fatal accident that killed an elderly passenger; service resumed in March, 2010. After the September 2013 derailment, Angels Flight "was instantly shuttered" as the California Public Utilities Commission began investigating safety issues with the railway, according to L.A. Downtown News. The National Transportation Safety Board later investigated, and found that operators had used a tree branch to override a system.

Angels Flight was revived (with just south of $5 million in renovations) through a public-private partnership between the city, Angels Flight's new operator ACS Infrastructure, the nonprofit Angels Flight Railway Foundation, and engineering firm Sener, as announced in March.

"Six months ago, I stood here and said that we will have Angels Flight up and running by Labor Day. And we are here to say we are going to deliver on that promise," Mayor Eric Garcetti said at Thursday's ceremony. "Two Cars, Olivet and Sinai, are ready to take passengers on the world's shortest railway."

The reopened Angels Flight will run 365 days a year, including all holidays. One-way fares are $1, but valid Metro TAP card holders can ride for 50 cents. 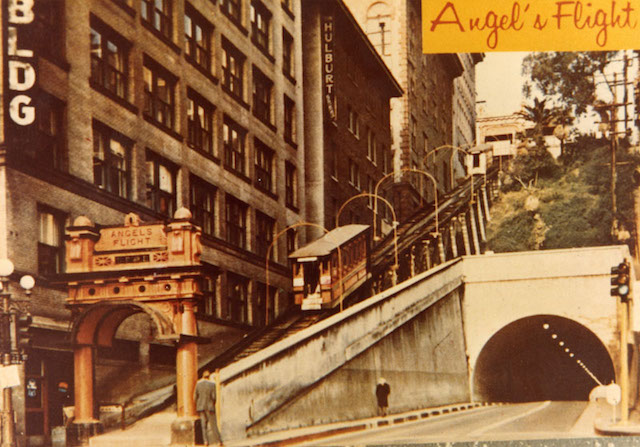