T.J. Miller Knows Exactly Where You Should Eat In Los Angeles, Just Check His Yelp 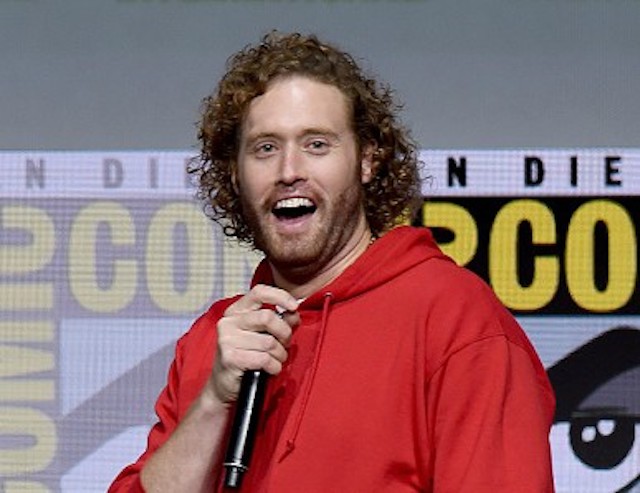 Miller, who goes by "t.j. m" on Yelp, doles out misspelled accolades to everything from an Atlanta strip club ("No floor work") to a Toronto nail salon ("I hate how fresh I am") to a New York City pet groomer ("I know understand that cats are lions but don't get a lion cut for your cats. It looks stupid").

Miller shines a spotlight on establishments around the country, but we've pulled out his Los Angeles-based dining recommendations so that you can plan your next celebratory dinner accordingly. Below, find a guide to the five-star hot spots Miller deems noteworthy, along with a select Millerism for each one.

Ray's and Stark Bar (Read his full review here)
"I'm not sure if I can adequately express how too too fresh this bar is. It's the most important landmark in Los Angeles being the epicenter of drinking, mixology, art and culture; adjacent to the La Brea tar pits, a piece of history that reminds us that even the mightiest dinosaurs can succumb to natures sticky grip.
I got engaged to be married underneath of "levitated mass," a giant rock and an excellent pun to ask for a woman's hand underneath. I was between a rock and a hard place so to speak, and that hard place was not an erection. That came much later. Approximately 3 hours. This is the kind of establishment that leads to sexual intercourse and educated decisions. This is the kind of establishment that changes lives." TL;DR: T.J. Miller likes Ray's and Stark Bar. A lot.

Anar Indian Restaurant (Read his full review here)
"Spicy is just enough, and the naan is second to naan. SEE WHAT I DID THERE?! IF YOU DO NOT THEN RETURN TO THE PREVIOUS SENTENCE AND READ IT AGAIN. REPEAT THAT UNTIL YOU HAVE SEEN WHAT I DID THERE." We see it, T.J. We see what you did there.

The Palm Restaurant (Read his full review here)
"Anything spinach related will make you crap your hat." We're including a screengrab of Miller's full review of The Palm below, as his incisive look into the cutthroat glamour of Hollywood dining gives Joan Didion a run for her money:

Tana Ethiopian Restaurant (Read his full review here)
So if you're in anneheim [sic] for some reason, and you for some reason want Ethiopian food, then there is plenty of reason to go to Tana." Fair enough.

Say what you will about Miller, he's an equal-opportunity frequenter of Los Angeles establishments, dispensing rave reviews not just to restaurants but to Hollywood hardware stores, Beverly Hills tailors and Santa Monica comedy clubs as well. We're eagerly awaiting Miller's hot take on the cheese tea at Little Fluffy Head.