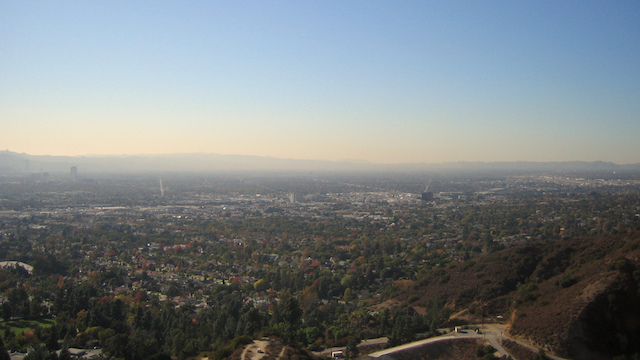 The heat wave-related power outages that left more than 16,000 Angelenos without power for parts of Tuesday night remain ongoing, with as many as 2,200 people still lacking electricity as of Wednesday morning.

Over 16,000 residents from San Dimas to the San Fernando Valley were affected by the power outages on Tuesday, KTLA reports, with utility crews working throughout the night and into Wednesday morning to decrease that number.

Electricity is gradually being restored across the greater L.A. area, with the LADWP providing updates by neighborhood via Twitter.

Boyle Heights restored. Thank you for hanging in there with us! We appreciate it.

The outages are mainly concentrated in the San Fernando Valley, where a 1996 daily heat record was tied when Woodland Hills reached 112 degrees Tuesday. Installations of temporary high-voltage equipment brought electricity back to Northridge early Wednesday morning, but other parts of the San Fernando Valley are still in the dark; 819 customers are still without power in Van Nuys, according to LADWP spokeswoman Vonda Page.

An outage map on the LADWP website shows which areas are still lacking power, and what their repair status is.The LADWP is urging customers to conserve energy as an excessive heat warning remains in place for the greater L.A. area until 10 p.m. Friday.

Update [11:20 a.m.] — 1,930 LADWP customers in the greater L.A. area were still without power as of 11:00 a.m. on Wednesday, according to a statement from the municipal utility. Also, an earlier version of this story stated that more than 16,000 were without power; the LADWP has revised that number to "approximately 15,000."