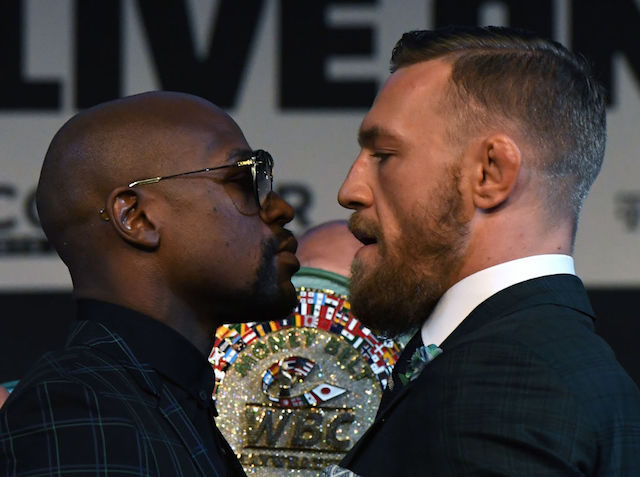 Viewers of Saturday's boxing fight between Floyd Mayweather Jr. and Conor McGregor encountered an unfortunate surprise: a really glitchy livestream. After paying $99 to view the match—the first one available via pay-per-view without a pre-existing cable subscription—the livestream stalled, buffered, and offered low quality viewing for many. Showtime has promised to refund customers if they can prove they were unable to watch the match, according to Variety. For people who watched the match through UFC's Fight Pass or another cable provider, rather than Showtime's direct-to-consumer services, Showtime is not guaranteeing a refund.

Other customers of Showtime have filed a class-action lawsuit against the network for the malfunctioning livestream. A viewer in Portland, OR filed the suit Monday, seeking "either $200 in statutory damages or recovery of 'actual damages,'" according to Variety. "Instead of being a ‘witness to history’ as defendant had promised, the only thing plaintiff witnessed was grainy video, error screens, buffer events, and stalls," says the lawsuit.

The lawsuit alleges Showtime rushed its livestreaming services without guaranteeing the bandwidth necessary for the fight, according to the Hollywood Reporter. In the lawsuit, attorney Michael Fuller wrote "[Showtime] intentionally misrepresented the quality and grade of video consumers would see using its app."

Showtime has not commented on the Oregon complaint at this time.