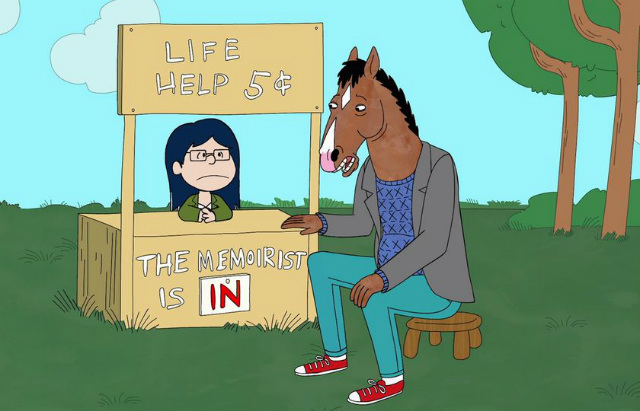 It feels like just yesterday we were counting down our most anticipated TV shows of the fall and lamenting how we hadn't seen a trailer yet for the fourth season of BoJack Horseman despite the fact that it is premiering in just two weeks. But lo and behold, Netflix heard our impotent cries into the void of content, and have delivered unto us the first trailer for the new season.

To catch you up briefly: Season three of the most depressing show on TV about a talking horse was a nihilistic bender that climaxed with the devastating "That's Too Much, Man!" in which a drug-fueled blackout binge ended in tragedy. The newest season will continue to revolve around "the burdens of being comfortable"—but based on the trailer, it seems BoJack is (at least temporarily) removing himself from the lives of his friends and loved ones.

Also, Diane is working at that feminist blog that definitely isn't based on Jezebel, Mr. Peanutbutter is running for governor, Todd is off on his own wacky adventures, Princess Carolyn is trying to start her own family, and BoJack's teenage daughter is rearing her head around town. There are also creepy clown dentists.

BoJack Horseman season four will be released on Netflix on September 8th. Hopefully you people will watch it this time.