Language is malleable, right? After all, a dictionary doesn't define a word's spelling, it simply gives the most common version of it. Well, how about a name?

UCLA's The Den tweeted Monday morning that a recently unveiled statue at the new $700 million USC Village displays a typo.

USC. The only place in America that can unveil a statue as the centerpiece of a $700 million project and manage to misspell Shakespeare pic.twitter.com/FGsJUyF3Di

As the photo shows, a quote at the base of a Queen Hecuba statue unveiled this month as the centerpiece of the school's 1.2 million-square-foot development is attributed to "Shakespear's" Hamlet. The common spelling of the bard's name is "Shakespeare," of course, but don't tell that to USC.

"To E, or not to E, that is the question," USC said in a prepared statement emailed to LAist.
"Over the centuries his surname has been spelled 20 different ways. USC chose an older spelling because of the ancient feel of the statue, even though it is not the most common form." We wish we could use such logic to squeeze out an A on our term papers. 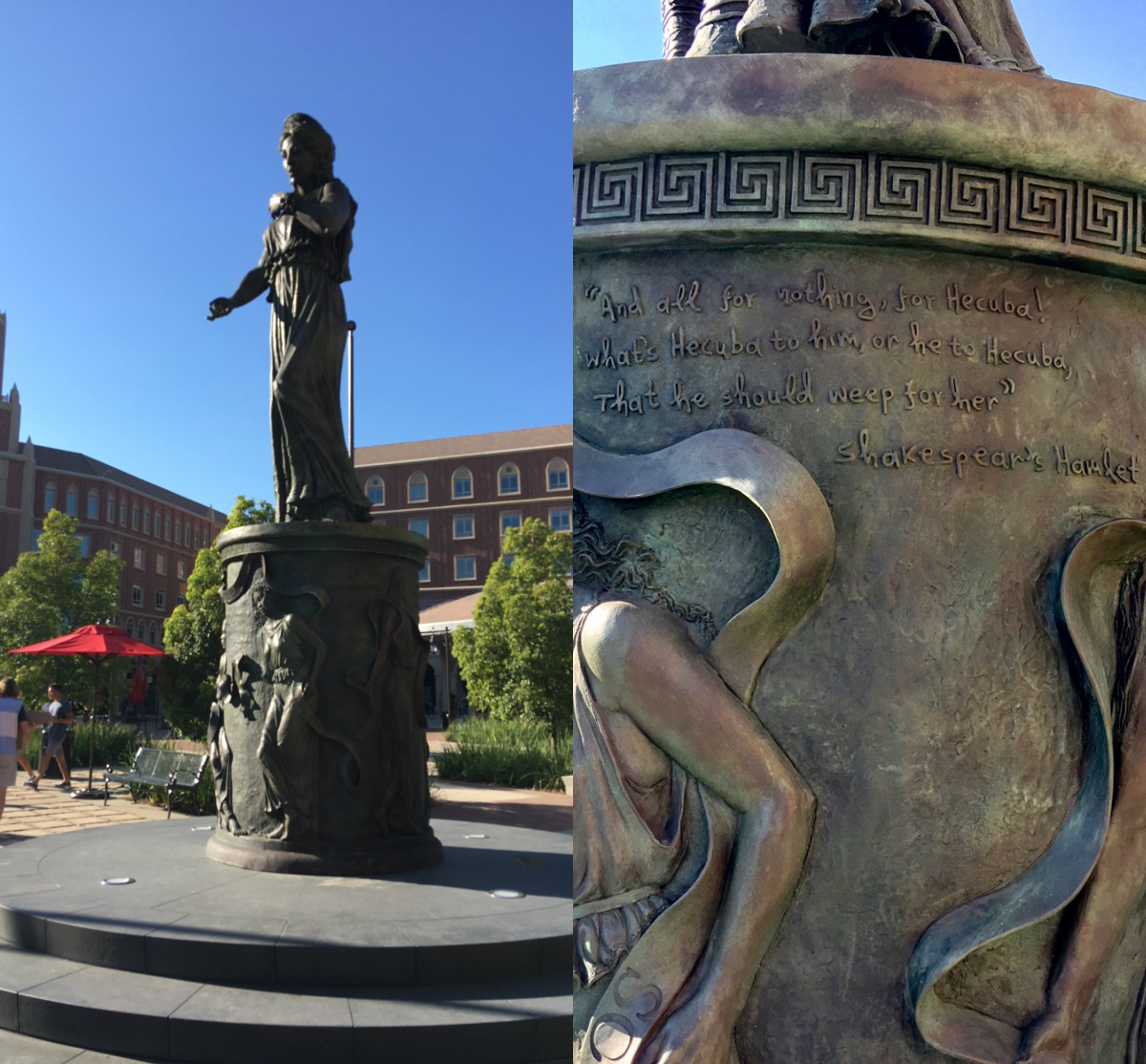 At the 20-foot tall statue's unveiling on August 17, it was noted that Hecuba, the queen of Troy, would serve as a counterpoint to the Tommy Trojan statue in the university's central quad.

“This is our commitment to all of the women of Trojan Family … who share the same spirit as the majestic queen of Troy,” C.L. Max Nikias, president of USC said at the statue's unveiling, notes USC News. The paper adds that Christopher Slatoff, a Trojan parent, spent two years on the sculpture.