How WME/IMG Is Looking To Grow UFC And Its Stars 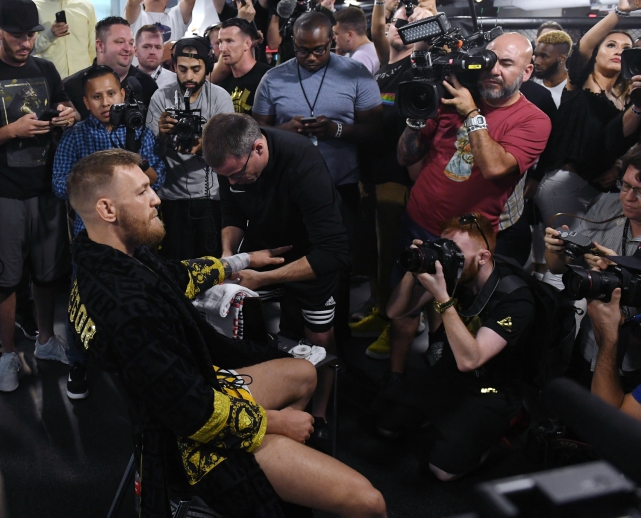 The league's current breakout, Conor McGregor, is set to fight boxing superstar Floyd Mayweather Jr. on August 26—the match has already broken the $50 million ticket sale record for 2015's Mayweather-Pacquiao fight, notes the Los Angeles Times. While McGregor's record has been impressive (in MMA matches, at least), his brand is not built just on his ability to win.

“M.M.A. [mixed martial arts], it is a lot of brand building and a lot of public relations if you want to make it to top of the food chain,” Audie Attar, McGregor's agent, told the New York Times. “It’s that, along with winning.”

And WME/IMG wants to take that branding farther. “What we bring to the mix for these athletes is a global network of talent, events, brand and media partners across sports, entertainment and fashion to help enhance their profiles,” Mark Shapiro, co-president of the agency, added to the Times.

In May, the agency hosted a retreat for its UFC talent on personal brand building, social media, and financial management with guest speakers Michael Strahan, a former NFL star and current talk show host, and YouTube star Jesse Wellens.

WME/IMG's acquisition has been a boon for UFC itself. “With the access to [WME] human, financial and political capital, I think [UFC is] poised to continue their success and their growth projection,” Jeff Marks, managing director of Premier Partnerships, a sports business consultancy, added.

“The TV ecosystem is evolving and this underscores the cliche that ‘content is king’ — although certain content is more valuable than others,” Eric Katz, a Wells Fargo Securities media analyst, told the Los Angeles Times. “Sports is appointment-viewing, and generally watched live, and that is why it is becoming more valuable.”

As detailed at Event Marketer, following its founding in 1993, UFC has grown its fan base over the years, hitting victories like a seven-year broadcasting agreement with Fox Sports Media Group in 2011, and WME/IMG's 2016 acquisition.

“I think operationally, we still kind of run our circus," Joe Carr, UFC's Senior Vice President of International and Content, told MMAJunkie. "It’s definitely our show and our feel, but I think where [WME/IMG has] opened doors is for sure on the sponsorship side, on local marketing firms, even our TV sales and our TV rights."

"We’re just going to continue to expand," Carr concluded. "...There’s still a ton of untapped markets and places to go.”