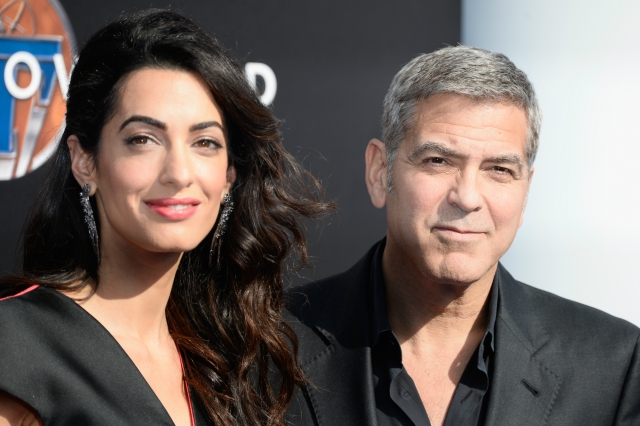 George and Amal Clooney have donated $1 million through their Clooney Foundation for Justice to help the Southern Poverty Law Center counter hate groups in the United States.

"We are proud to support the Southern Poverty Law Center in its efforts to prevent violent extremism in the United States," the Clooneys stated in an announcement. "What happened in Charlottesville, and what is happening in communities across our country, demands our collective engagement to stand up to hate."

The Clooney Foundation was created in 2016 in the effort to advance justice throughout the world. In July, the foundation partnered with UNICEF to open seven schools in Lebanon for Syrian refugees. Amal Clooney is an international law and human rights lawyer who has represented Julian Assange and was an adviser to former United Nations Secretary General Kofi Annan. George Clooney has been an activist on such issues as the Armenian genocide and the war in South Sudan.

Following the August 12 protests by White Nationalists in Charlottesville, Virginia that included the murder of a counter-protester, President Donald Trump denounced the violence "on many sides" of the weekend's event. The president's comments, and the increased visibility of hate in America, has sparked a nationwide response.

“Amal and I wanted to add our voice (and financial assistance) to the ongoing fight for equality,” the Clooneys said in a statement following their donation to the SPLC, notes Deadline. “There are no two sides to bigotry and hate.”

“Like George and Amal Clooney, we were shocked by the size, ugliness, and ferocity of the white supremacist gathering in Charlottesville,” Richard Cohen, president of the SPLC, said in the release. “It was a reflection of just how much Trump’s incendiary campaign and presidency has energized the radical right. We are deeply grateful to the Clooney Foundation for standing with us at this critical moment in our country’s fight against hate.”

Since its founding in 1971, the SPLC has tracked some 1,600 hate groups around the country, and has used litigation as a means to fight hate and defend civil rights.