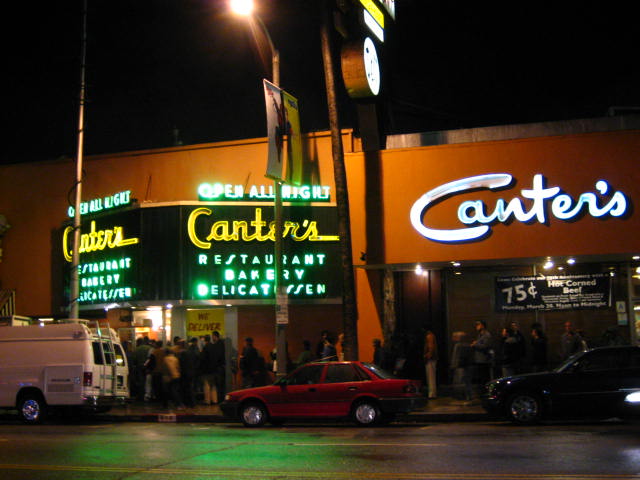 Canter's Deli has been a Los Angeles institution for generations, feeding everyone from Barack Obama to Larry David to Guns 'N Roses. And, now, it has a C grade from the Los Angeles County Department of Public Health.

An August 7 inspection of the restaurant found three major health code violations. Chief among them is a violation in the category of insects and rodents.

The inspection report docks a full 11 points (over a full letter grade) for the infestation violation alone, and docks a combined eight points for food coming into contact with unclean or unsanitized surfaces and food not being kept in "good condition." These, with several minor violations, brought the grade down to 72 points (out of a possible hundred) for the beloved Jewish deli that opened in 1931. In other words, a C minus.

As LA Observed notes, the restaurant was closed for three days before revealing the new grade.

It should also be noted that the restaurant is inspected separately from Canter's deli and bakery.

Canter's previous inspection was on May 11, when the restaurant scored an A grade with 92 points. No major violations were listed in the May report.