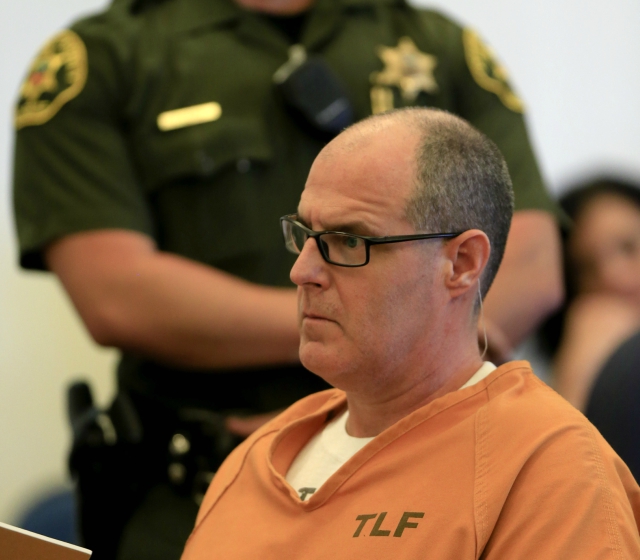 Scott Dekraai, who opened fire inside a Seal Beach salon in October 2011, killing eight and wounding another, has been spared the death penalty.

The decision comes after the Orange County Sherrif's Department's mishandling of Judge Goethals' request to turn over all evidence procured from a jailhouse informant regarding Dekraai's case. According to the Los Angeles Times, Judge Goethals issued a request for the evidence nearly five years ago, but only earlier this year did the Sheriff's Department testify that there were 68 boxes of material left unexamined. “It was right there for anybody to see,” Goethals said in July, referring to a shared computer drive where the materials were housed, notes the Times. “How could they not know it existed? I’m having a problem with that.”

“We could have done a better job of responding to discovery requests,” Orange County Sheriff Sandra Hutchens said at the time.

On Friday, Judge Goethals stated that not sanctioning the prosecution team for the mishandling of the case would be “unconscionable and perhaps even cowardly,” and added that his decision to remove the death penalty from Dekraai's possible sentencing would have, even recently, been “unthinkable," reports the Register.

“This is not a punitive sanction,” Goethals continued, notes the Huffington Post. “Rather it is a remedial sanction necessitated by the ongoing prosecutorial misconduct.”

Dekraai is now facing a potential eight consecutive life terms without the possibility of parole.

For the victims' families who have endured seemingly unending delays in the trial, Goethals' decision on Friday comes as closure to a chapter in the case.

“I’m happy with the decision, the feeling of relief. The fact I don’t have to worry about it any more is huge," said Paul Wilson, whose wife Christy died in the shooting massacre, reports the Register.

The Orange County Sheriff's Department took a different stance on Friday's decision. “We are disappointed by today’s ruling,” an emailed statement by the department notes. “The facts in this case clearly supported a death penalty verdict. Notwithstanding the issues that were raised by the Court’s ruling, we believe the defendant would have received a fair trial during the penalty phase of the criminal proceedings. The decision to remove the death penalty rests at the feet of Judge Geothals [sic] and nobody else.”

Should the California Attorney General's office appeal Goethal's decision, the case will be delayed again as it heads to the Ninth Circuit Court of Appeals. The court has previously sided with Judge Goethals on previous cases related to Dekraai's trial.

Barring any appeals, Judge Goethal is expected to sentence Dekraai next month.