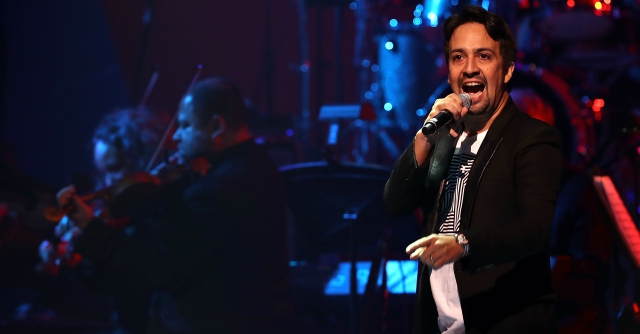 Lin-Manuel Miranda may not be performing in the Los Angeles run of his hit Broadway musical Hamilton, but you can still see the three-time Tony award-winner perform Wednesday afternoon in front of the Pantages Theater in Hollywood.

According to the official Hamilton App, "Miranda will be hosting a live #Ham4Ham ticket lottery and performance with special guests outside of the Hollywood Pantages Theater" this Wednesday, August 16th, at 1 p.m.

Who are the special guests, you might wonder? In the past, the playwright and "Genius grant" recipient has seen Jenny Slate, Kristen Bell, Joss Whedon and others join him for previous #Ham-related social campaigns, so we're sure it'll be someone fun.

If want you to see Miranda (and get a chance at the in-person lottery) on Wednesday, there'll be an official line at the Pantages Theater that starts at 10 a.m. that day. While it's sure to be a wait, it might be your only shot at seeing Miranda perform.

As for the aforementioned ticket lottery, it refers to your chance at nabbing Hamilton tickets for a measly $10. While Wednesday's in-person lottery will be a special event, the lottery will happen for every show, starting two days priors to each performance. Here are the details on how to work the lottery.

The Pantages Theater is located at 6233 Hollywood Boulevard in Hollywood. Tickets for performances of Hamilton can be purchased here, or by calling (800) 982-2787.