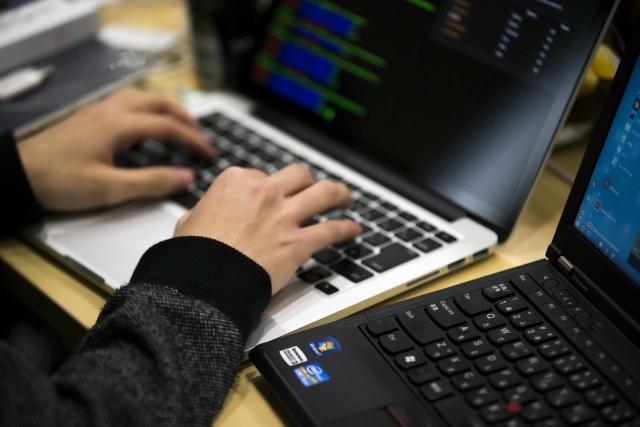 On Tuesday morning, Los Angeles city officials announced the formation of the Los Angeles Cyber Lab—an initiative aimed to help share cybersecurity threats and best practices for defense among businesses and residents in the city.

The public-private partnership is the nation's first to focus on cyber-threats among a region or small-to-medium based companies. The initiative was formed with Cisco, the technology firm, and has also welcomed advisory board members from companies including Riot Games, CAA, and the law firm O’Melveny and Myers, LLP.

“The security of our financial, business and personal information depends on aggressive, proactive cyber-defense — and the LA Cyber Lab will help tilt the balance in Angelenos’ favor against evolving threats from criminal hackers,” Mayor Garcetti said, according to a press release. “L.A. is a leader in this area, because we are constantly sharing information and using new technology to strengthen cybersecurity within City government. We’re expanding that capacity to protect Angelenos’ online safety, privacy, and property.”

City Lab is part of Mayor Eric Garcetti's Executive Directive Number 2, issued in October 2013, focused on cybersecurity. "The City’s electronic infrastructure is vital to the proper functioning of the City," the directive reads. "The City must be able to defend against, and quickly recover from, any disturbance, whether it is a natural or human-caused disaster, and whether it be an accidental or intentional incident."

Over the last few years, large security hacks have plagued major studios based in Los Angeles, including the 2014 hack of Sony Pictures, tech companies, including Snapchat, and even hospitals.

“A lot of cybersecurity is knowing what’s out there,” Adam Gertz, the attorney who serves as director of policy for the mayor’s public safety office, told the Los Angeles Times. “It would take huge effort for one small organization to know about everything.”

“Cybersecurity is one of the defining issues of our time,” John N. Stewart, a vice president with Cisco, stated, according to the press release. “Private businesses and public-sector organizations must collaborate closely to protect businesses’ interests, and help keep our citizens more secure online."

The Los Angeles City Lab will also launch the "Innovation Incubator" in the coming years to give high school and college students experience in the cybersecurity field.

“This is not a panacea," Gertz concluded about the initiative to the Times, "but we want to step in.”