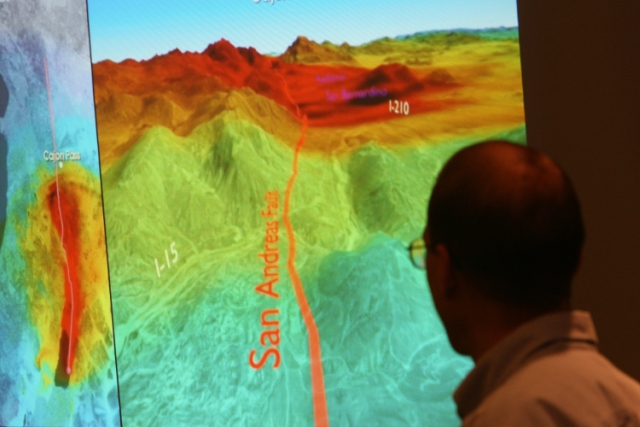 An early-warning alert system for earthquakes, which has been under development by several major west coast universities and institutions, received a $4.9 million grant from the U.S. Geological Survey this week.

The early-warning system, dubbed "ShakeAlert", began in 2006 under USGS's Advanced National Seismic System (ANSS), which was established as a national earthquake monitoring network.

Last year, California Governor Jerry Brown approved committing $10 million of state money to building out the statewide system. The state of Oregon approved $1 million for a similar purpose. In April, Los Angeles Mayor Eric Garcetti pledged to bring the system to the city by 2018. "By the end of 2018, we will deploy an earthquake early-warning system to every corner of this city — in schools, at businesses, even on your smartphone," Garcetti said in his State of the City address. "It will give you a head start when an earthquake is coming — precious seconds that save lives."

With Monday's $4.9 million grant, CalTech, along with Central Washington University, University of California, Berkeley, University of Oregon, University of Washington, University of Nevada, Reno and the governmental non-profit UNAVCO, Inc., have entered a two-year cooperative effort to transition ShakeAlert into a production system, a press release by USGS states. The USGS has committed an additional $1 million to begin purchasing sensors for the system.

Congressman Adam Schiff stated that the new grant money "brings us one step closer to fully deploying this technology which can save lives in the event of a major earthquake," reports City News Service. "We know that it is a matter of 'when' not 'if' a major earthquake will strike the West Coast, and a fully operational early warning system will help us be ready."