Water has always been central to Los Angeles. Even before the arrival of the Spanish, the Los Angeles River (albeit a far different, yet-to-be-channelized version of it) was the lifeblood of the Tongva people, who located their villages near its banks and used it as a source of sustenance. When the Pueblo de Los Angeles was founded by the Spanish in September 1781, it was situated alongside the river. The settlers needed a means of carrying water from the river to the fledgling pueblo, and within a month of Los Angeles' founding, the Zanja Madre (or "Mother Ditch") was constructed. What began as an open, earthen ditch would eventually become over 92 miles of complex irrigation channels throughout the city and beyond, serving as the city's first municipal water system—and primary source of irrigation for more than a century.

This irrigation ditch ran from the Los Angeles River (beginning at a point near what is today the North Broadway bridge), along the base of a bluff in what is now Chinatown, and ultimately to the pueblo's central plaza (where historic Olvera Street is today). The original version of the Zanja Madre was powered by a waterwheel, and its sides were dammed along its entire length with a toma (a structure "made of sand and willow poles [from] across the river" notes a description by the from a 1890 guide to Southern California), and was originally used for both household and irrigation purposes, notes Cogstone Resources Management. After the late-1860s, the Zanja Madre became used primarily as an irrigation channel, and by 1877, the "mother ditch" was enclosed (with brick) and buried. As Cogstone adds, in 1884, the rapidly growing city widened the Zanja Madre from a three-foot diameter to a three-and-a-half-foot one. As Curbed adds, however, L.A.'s population explosion strained the out-dated system, and by 1902 the newly formed Los Angeles Municipal Water Department led to the phasing out of the Zanja Madre as new sources of water, and a more modernized system of pipes and reservoirs, satiated the city's thirst. By 1904, the Zanja Madre was largely abandoned. 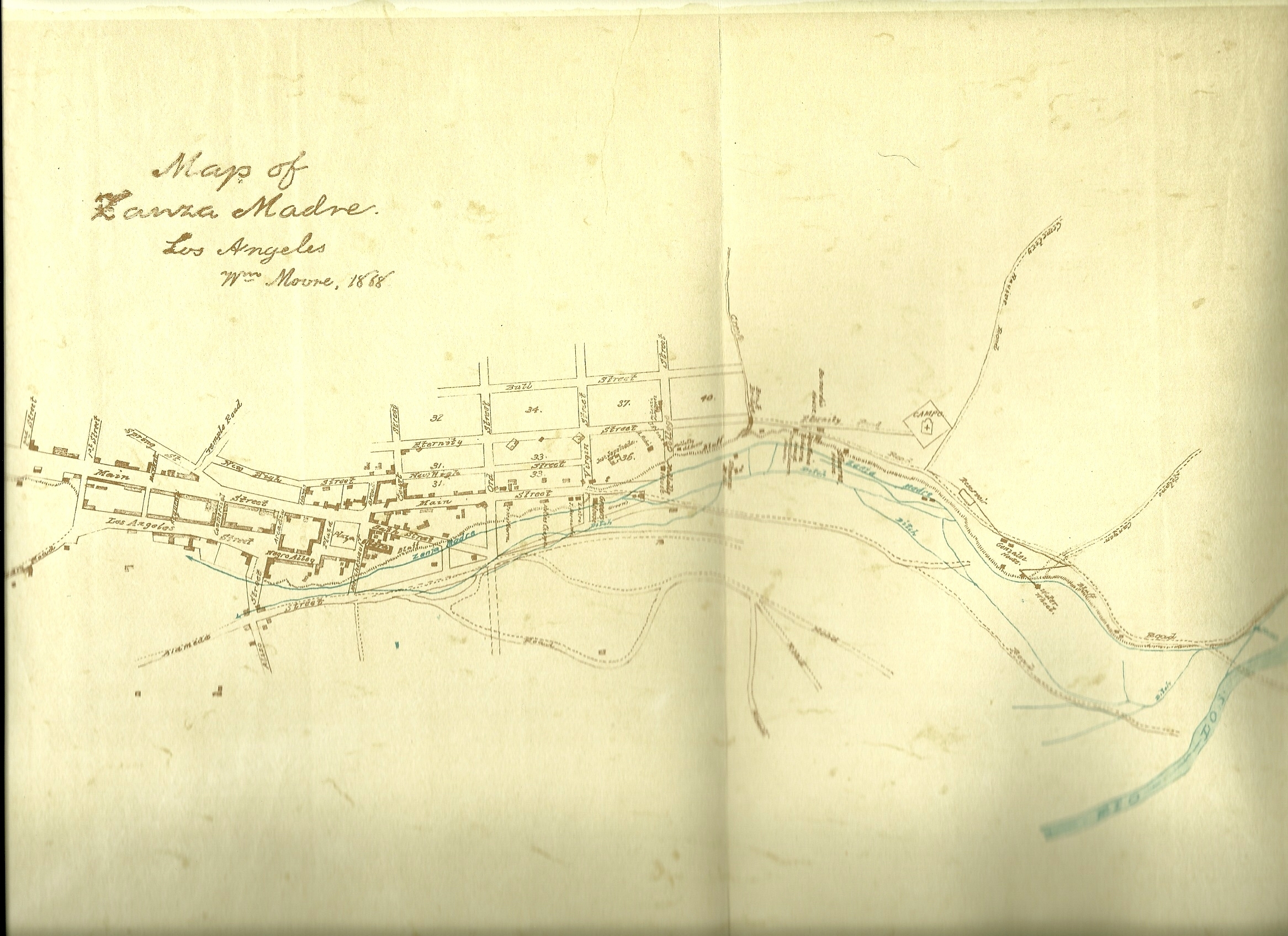 The irrigation system remained dormant, and interest in the city's original lifeline waned, until it was unearthed in early 2005 by construction crews doing preliminary surveys for the Metro's Gold Line extension project.

"Archeologists will thoroughly document it with pictures and photographs," Carl Ripaldi, Metro's environmental compliance manager, said after the discovery, reports the Los Angeles Times. "We'll probably cover it over in a couple of weeks. It will be protected and entombed behind the retaining wall."

The Zanja Madre has been nominated several times over the years to the National Register of Historic Places but the applications were repeatedly denied because "there wasn't enough of it to represent the whole system," Lynn Furnis, an archeologist with Cogstone, told KCET.

Today, the portion of the Zanja unearthed by Metro remains on display across the Gold Line's tracks from the Los Angeles State Historic Park. An though the Los Angeles River is no longer the city's source of water, efforts to honor the waterwheel that powered the Zanja have been proposed, and the river itself is undergoing a city-led revitalization.