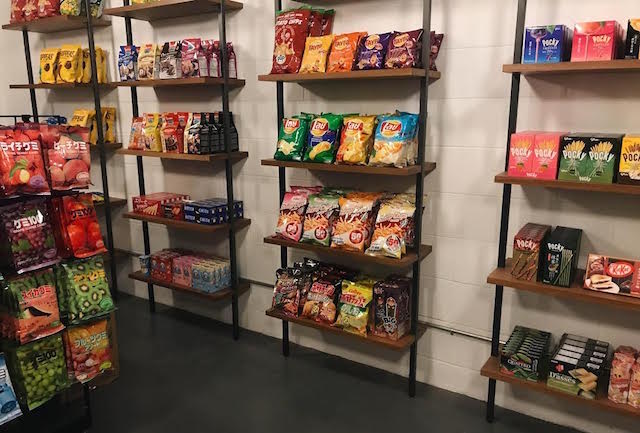 Plenty of small businesses pride themselves on stocking locally made goods, sourcing nearby ingredients, or selling merchandise manufactured close to home. But for the owners of Zero’s Unlikely Snacks, a bodega-style storefront opening on Hyperion Avenue in Silver Lake this weekend, the farther away a product comes from, the better.

The candy shop, which co-owner Katee Weimer describes as a 7-Eleven but with international fare, will specialize in carrying otherwise hard-to-find treats and refreshments from all over the world. That includes everything from Pretz sweet corn snacks from Japan and Haribo gummy bears from Germany to Tim Tam chocolate biscuits from Australia and Ribena blackcurrant soft drinks from the U.K. But you might not know that just from looking at the website for Zero’s Unlikely Snacks, which was designed to be somewhat mysterious.

“We want to be really careful about how we describe it,” says Weimer, who lives in Silver Lake and has a background in interior design. “We don't want to be too specific for any specific area, any specific country. Finding out how to communicate that has been definitely a challenge.”

Weimer and her boyfriend Jeremy McLennan came up with the idea for the shop after getting hooked on Club-Mate—a carbonated beverage with natural caffeine from the yerba mate plant—during a trip to Berlin last winter. But when they returned to L.A., they were surprised by how difficult it was to find the soft drink that they’d started substituting for coffee back in Europe. Club-Mate’s website lists about a dozen locations that carry it throughout greater Los Angeles, but Weimer says they were expensive to buy individually—they’re typically sold at cafes and restaurants as opposed to grocery stores—so ordering cases of them wholesale just made more sense.

Their quest to buy Club-Mate eventually got them thinking about the long list of other snacks and drinks they’d tasted abroad and still craved at home, which eventually became the basis for Zero’s Unlikely Snacks (Weimer says zero is a lucky number for the couple: It’s the name of their dog as well as the name of a song McLennan wrote with his band, Orchin, which plays Echo Park Rising later this month). They’ve spent the last few months driving to warehouses all over the Valley and the deserts to taste-test many of the snacks they planned to stock. “We want to make sure we really like what we’re selling,” says Weimar, who adds that she and McLennan are working exclusively with direct importers.

It's official! Can't wait to see you all in a few weeks 🍭

Opening up the import shop has also been a lesson in international trade. Australian products, for example, are more expensive to import than other products because of that country’s comparatively high import duties, Weimar says. She and McLennan have also had to discover that summer is hardly the most optimal time to import chocolate, due to the risk of its melting in the heat. “We want to import a lot of chocolate bars and it turns out we picked one of the worst possible months in the summer,” says Weimer. “Candy bars can be really difficult, especially from New York because they dock in New York and then ship over Europe. So between the months of May and September the vast [amount of chocolate] importers don’t import.” 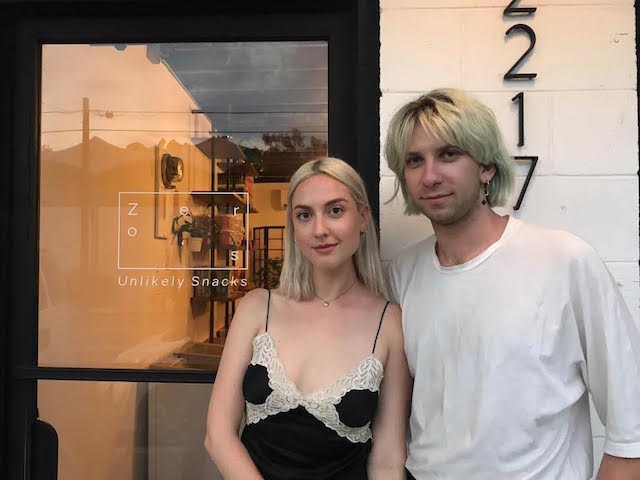 But not everything at Zero’s Unlikely Snacks will come from overseas. The shop will also carry a selection of snacks from small California companies, plus retro junk food items that are no longer available in the United States. Weimer is on a mission to stock Dunkaroo’s, for example, the frosted snack cookies popular in the 1990s but discontinued in the United States in 2012. When its parent company, General Mills, realized Americans were going to great lengths to buy the cookies online, they launched a publicity stunt last year encouraging Canadians to smuggle them to friends across the southern border. Weimer hopes to take the smuggling and the online hunting out of the equation, at least for diehard imported candy fans in Los Angeles.

“I think a lot of people really do have nostalgic memories from certain snacks growing up,” she says. “We’re trying to just bring back some of those nostalgic snacks.”

Zero’s Unlikely Snacks will be located at 2217 Hyperion Avenue in Silver Lake. They are opening with a party on on Saturday, Aug. 12 at 8 p.m. Starting Sunday, hours will be Monday and Tuesday 2 p.m. to 8 p.m., Wednesday and Thursday noon to 8 p.m., and Friday through Sunday 11 a.m. to 9 p.m.