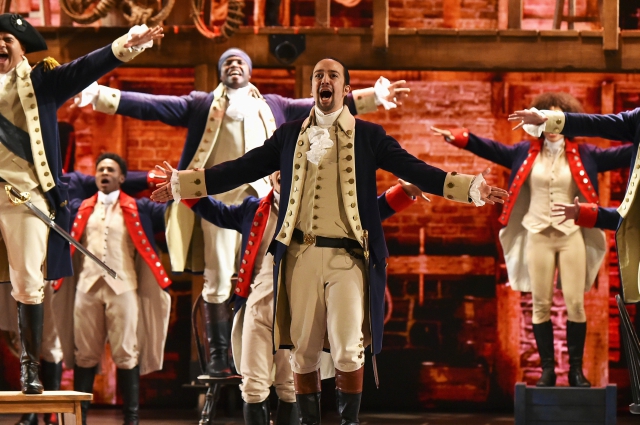 Hamilton, the 11-Tony-award-winning Broadway musical, begins its Los Angeles run at the Pantages Theater in Hollywood on Friday. And though legacy is planting seeds in a garden you never get to see, we sure do hope you get to see Hamilton. That's why we're going to teach you how to enter a ticket lottery for $10 seats.

Is this a good deal? Ten dollars a seat is objectively cheap, yes, (when was the last time you paid that much for a movie ticket?), but with the average base ticket for a Hamilton performance topping $300, it's very very cheap.

So, how you score yourself one of these tickets?

There are two ways to enter the lottery. You can either register here via the Lucky Seat website, or on your phone via the official Hamilton app available for both iOS and Android (also, the app has a "#HamCam" with a Hamilton filter, so now you know.)

The lottery for each performance starts at 11 a.m. two days prior to the specific show, and ends 9 a.m. the day before. That means the lottery for a Saturday show will open at 11 a.m. on Thursday, and close at 9 a.m. on Friday.

You may enter the lottery once per person across all platforms (so, once you've entered via the app, you cannot enter again via the website, and vice versa). Duplicate entries and dummy email addresses will be flagged and discarded. So don't throw away your shot.

Forty lottery tickets will be released per performance. Winners will be drawn at random, and may purchase up to two tickets each. Those selected will be notified via email and text message at around 11 a.m. the day before the performance, and have until 4 p.m. to show valid ID and purchase their ticket(s)—you forfeit your place if you miss the deadline.

Hamilton will complete its Los Angeles run with an 8 p.m. performance on Saturday, December 30. And with it, we hope the cast can teach us how to say goodbye.

The Pantages Theater is located at 6233 Hollywood Boulevard in Hollywood. Tickets for the performances can be purchased here, or by calling (800) 982-2787.