Irwindale Speedway Is Closing To Make Way For A New Mall 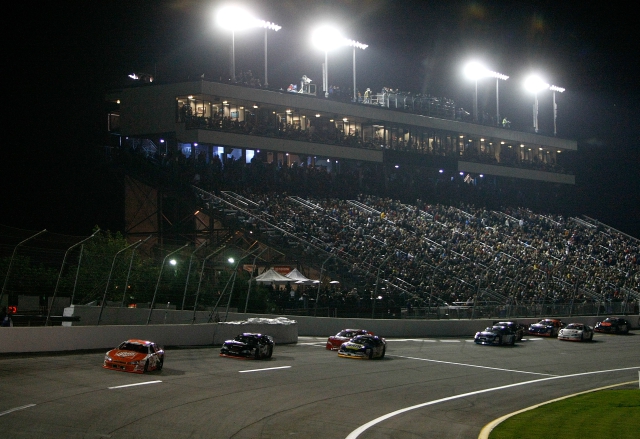 "We were notified this week by the owner's representative that January 31, 2018 will be our final day on the Irwindale property," Jim Cohan, CEO of Team 211 Entertainment, the company which operates the event center, noted in a release. "Our full 2017 schedule of NASCAR, Drag Strip, LA Racing Experience events, and special events will run as published. And, in fact, we're planning on adding a couple of extra events to the calendar to honor all of the competitors who raced and wrenched here at Irwindale since it opened in 1999."

The speedway operated from its opening in 1999, until 2011, when Irwindale Speedway, the then-operator of the property, filed for bankruptcy. According to the San Gabriel Valley Tribune, in 2013, Lindom Properties bought the speedway from Nu-Way Industries, and signed on Team 211 to be the operators of the newly renamed Irwindale Event Center. But the lease was designated as year-to-year. “We could be out on Dec. 31, 2014 or by Dec. 31, 2020,” Cohan said in 2013, according to the Pasadena Star News. “If we’re offered a lease, then we’re offered a lease.”

After the 2013 purchase, rumors began to surface that the track and event center would be demolished to make way for a new development. In March 2015, the city of Irwindale approved plans for a 700,000-square-foot mall under ownership of Irwindale Outlet Partners, LLCl; the plan called for the demolition of the event center to make way for the mall. According to Curbed LA, a petition cropped up following the city's decision, which has since totalled over 8,000 signatures from people hoping to overturn the planned demolition. "Many younger automotive enthusiasts who'd be prone to rash behavior (such as illegal street racing) have found a great outlet to express themselves and enjoy their passion in a safe setting," the petition states. "...Are we willing to close an alternative to illegal street racing that has likely saved lives for a buck?"

“A project of this nature could not only help the city, but also the region,” Irwindale Community Development Director Gus Romo told the Pasadena Star News in 2015. “It has a capacity of bringing in revenue to the general fund and we believe it will be a catalyst to development around the center.”

Speaking on the facility's closure, Cohan said that workers will maintain the atmosphere of the event center till the very end. "I simply want everyone out there to understand that this team is going to work just as hard to keep this a great fan-friendly facility running strong all the way until midnight January 30, 2018," said Cohan. "We all wish that we could have given our racers many more than the five years we were able to and sincerely hope that we entertained all of our guests along the way..."

A timeline for construction of the new mall has not been announced. LAist reached out to Lindom Properties to ask about their involvement and/or ownership in the project, but we have not heard back by publication.