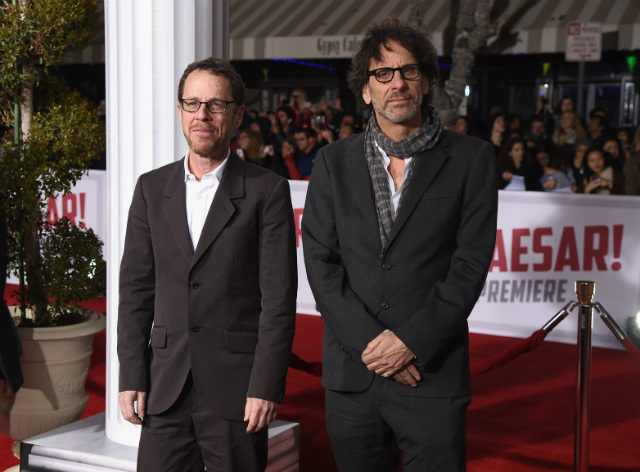 Earlier this week we learned that Netflix had corralled David Letterman into returning to TV with a new interview series, and today the streaming platform announced it has picked up an anthology series by the Coen Brothers. What's next, a Daniel Day-Lewis reality show about cobbling? A Wes Anderson limited series claymation nature documentary? A Cop Rock reboot?!?

The Coen Brothers are writing and directing a Western anthology series called The Ballad of Buster Scruggs, which will star their old friend Tim Blake Nelson (O Brother, Where Art Thou?) as Buster. The show, which is the Coens' first foray into television, will feature "six tales about the American frontier," and each chapter will feature "a distinct story about the American West."

The series will premiere sometime on Netflix in 2018. In a statement, the Coen Brothers eloquently and succinctly explained their interest in exploring the tropes of the Western, as well as their curiosity with the changing landscape of streaming services: "We are streaming motherfuckers!"