A Vegan Taqueria Is Coming to Smorgasburg LA 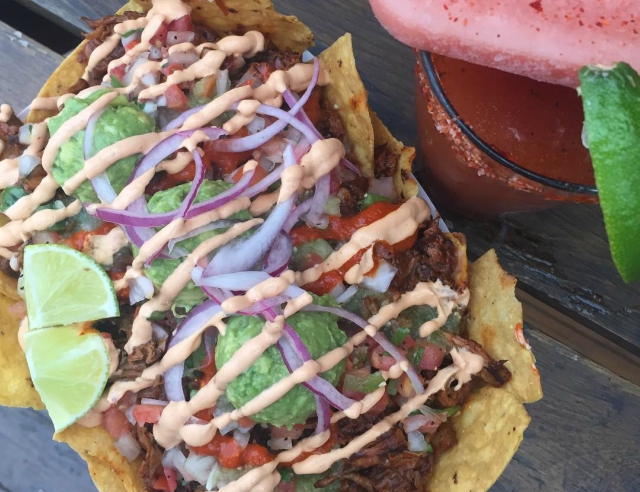 Smorgasburg LA is about to get a whole lot more vegan-friendly as Cena Vegan will make their debut this Sunday, August 6, as a regular vendor.

Cena is known for their fresh hand-pressed masa tortillas and for making their own plant-based "meats" (carne asada, al pastor, barbacoa, and pollo asado). The meats have between 12 and 15 grams of protein each.

"Three of our meats (carne asada, al pastor, and the pollo asado) are made from seitan," Huerta continued. "The barbacoa is gluten-free and made from yuba [a by-product of boiling soy milk]."

"The tacos sell the most," notes Huerta. "The carne asada is the most popular meat. And the nacho boat is a great deal, because for $8 (without guacamole, or $10 with) it really feeds two."

We’re pleased to announce we will be at Smorgasburg in Downtown LA beginning Sunday, August 6 🙌 This will be one of our regular Sunday homes 😎 So come join us from 10am - 4pm for some vegan tacos, nacho boats and big vegan burritos. 🛣 Alameda St & Bay St Los Angeles, CA 90021