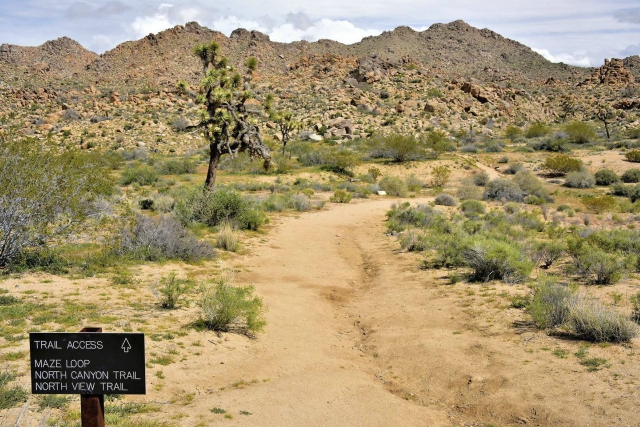 The search for two hikers who have been missing in Joshua Tree National Park since last week will continue, despite triple-digit heat and possible flash flooding.

Joseph Orbeso, 21, of Lakewood, and Rachel Nguyen, 20, of Westminster, were reported missing on Friday, after they failed to check out of their accommodations near the park. That same day, park rangers discovered the hikers' car at the head of the Maze Loop trail.

"It is believed they went missing after 6 am this morning," a statement from the volunteer group Joshua Tree Search & Rescue notes on July 28. The San Bernardino County Sheriff's Department is also assisting in the search. Joshua Tree Search And Rescue released a statement that said, "At 4 pm [Joshua Tree Search And Rescue] was called and trackers processed the tracks near the vehicle. They believe they found their tracks heading north into a canyon. Several search teams were deployed with no results. Dogs were called in around 7 pm and seemed pick up scent in the same area. A helicopter did a search. Search continues at 6 am for searchers/trackers and earlier for dogs."

“The way the tracks were picked up indicate these people could be walking in circles, which is not uncommon when people are lost,” George Land, a spokesman for the park told the Orange County Register.

"One thing that will happen when people are in heavy heat-stress and lost, they'll start taking off pieces of clothing," Land told ABC LA on Tuesday. "We haven't found any of that, thus far."

The search was suspended on Tuesday afternoon due to the heat, but has been restarted as of Wednesday, reports City News Service. Land added to CNS that it is "highly unusual" to have hikers missing for so many days, and cautions that survival in such heat over an extended period of time is unlikely.

In 2010, 64-year-old Edward Rosenthal disappeared in the park for six days, and was eventually found alive. "What happens is your mouth turns to like sand, and your saliva turns to sand and rocks," Rosenthal said of his experience, reports the Los Angeles Times. Rosenthal attempted to drink his own urine to stay alive, but abandoned the idea. He claims that he prayed for rain using the Jewish prayer Shema Israel, and it began to rain moments later. "There was definitely a miracle. I'm much more religious now than I was. Seriously. I prayed for rain and it rained."

Land notes that the search for Orbeso and Nguyen will continue through the week.