Where To See The 'Great American Eclipse' Around L.A. 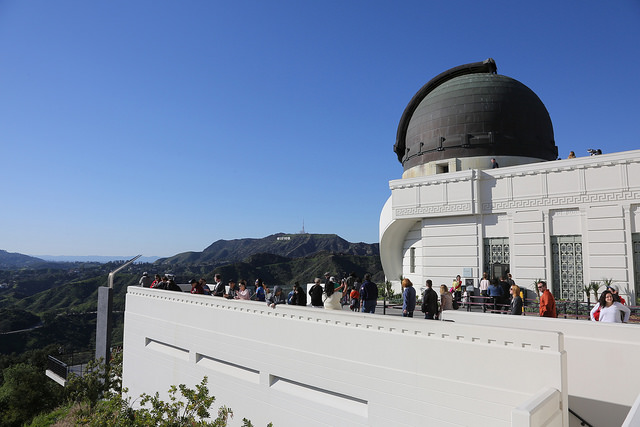 Brace yourselves: the "Great American Eclipse" is coming on August 21. But wait. Why "American"? Are we so obnoxious as to claim an entire celestial event for ourselves? Turns out the term has its basis, as it'll be the first total eclipse to cross the lower 48 U.S. states in 38 years, according to Popular Mechanics. Also, as explained at FiveThirtyEight, its "'path of totality' — the narrow zone where the moon completely blocks the sun and casts a shadow over the land — will make landfall exclusively within the United States." The last time this happened was in 1776. So, this is one for the history books.

A total eclipse can be viewed along a thin band that runs from Oregon to South Carolina. This complete eclipse will be visible in cities like Salem, Oregon; Kansas City, Missouri; and Nashville, Tennessee, which all fall within that sash across the U.S. For us Angelenos, however, the spectacle won't be quite as fantastic, as L.A. lands outside of the prime zone. As noted by the Griffith Observatory, we'll experience an eclipse that takes up just under 70% of the sun's diameter (which is still pretty cool).

E.C. Krupp, director of the Griffith Observatory, told the L.A. Times that the moon will start overlapping the sun at around 9:05 a.m. The maximum amount of overlap will take place at about 10:20 a.m. And by 11:45 the effect will mostly be over.

If you plan on catching the eclipse, take note that you'll need to take some precautions. As noted by NASA, you can look at a total eclipse for a brief moment with your own, naked eyes, but a partial eclipse will require additional equipment; they include solar eclipse glasses (which are NOT the same thing as sunglasses), telescopes with solar filters, and pinhole cameras, among other items.

Certainly, you can witness the spectacle on August 21 from the comforts of your backyard. But what's the fun in that? Don't you want to hang out with other spectators, who may or may not be holding up signs claiming that the eclipse is a harbinger of the coming apocalypse? If so, here are some spots in L.A. that will be holding viewings. The National Park Service (NPS) will be hosting some of these events, and will have a limited supply of solar glasses and "Junior Ranger eclipse books" at each spot. All the following events are free unless noted otherwise.

The Observatory will hold a public viewing on its front lawn from 9 a.m. to noon. The event is free of admission, and "eclipse viewers" will be sold at the gift shop. Personal telescopes won't be allowed at the event, according to organizers. Per usual, traffic and parking at the observatory could be a nightmare (especially on such a momentous day). For public transit, you can take the Metro Red Line to the Vermont/Sunset Station, then hop on the DASH to the observatory. 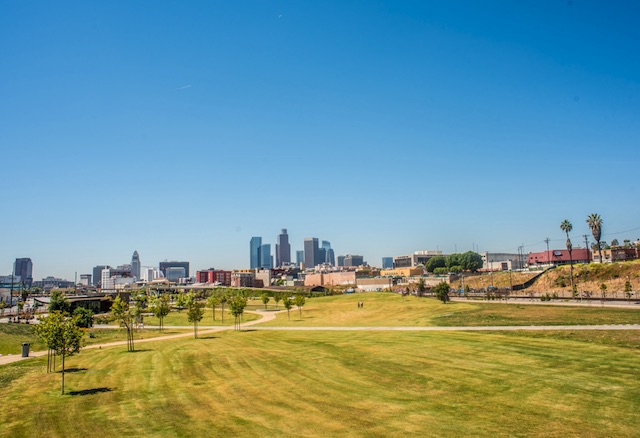 What's that? You say you haven't visited the former "Cornfield” that's been revived as the Los Angeles State Historic Park? The one that was re-introduced to the city in April? If so, August 21 will be a perfect day for you to drop in on this 32-acre parcel of sprawling greens and gorgeous views. You can either join the event directly at the park at 9:30 a.m., or you can meet up with NPS rangers at 8:30 a.m. at the Gateway to Nature Center that just opened in August in El Pueblo. From there, you'll hike to the park to catch the eclipse. 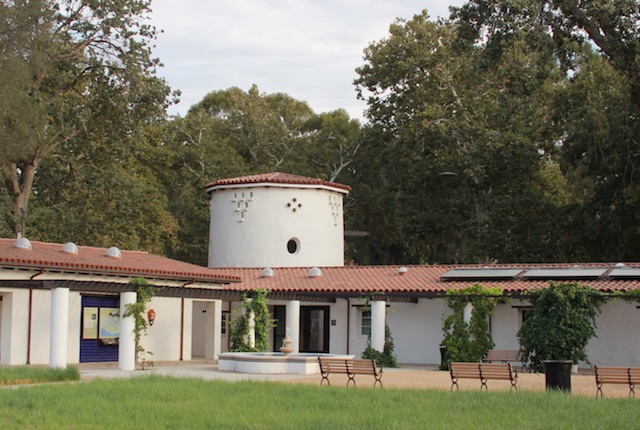 Fun fact: this ranch was designed for King C. Gillette, the razor magnate who founded the (duh) Gillette brand. The 588-acre space features a Spanish Colonial Revival style mansion, a large constructed pond, and an abundance of sweeping meadows. According to the Santa Monica Mountains Conservancy, "it offers a rare unspoiled view of California’s rich archeological, cultural, and historic resources, including a Chumash settlement."

The NPS says that a ranger will be there at the Santa Monica Mountains Interagency Visitor Center at 9:30 a.m. to speak on the total eclipse. Afterward, guests will be invited to view the partial eclipse from the visitor center grounds. 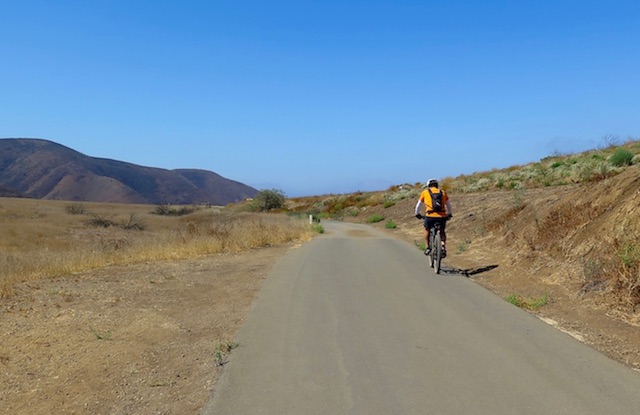 As explained by the NPS, "Two threads of local history intertwine to establish the identity of Rancho Sierra Vista/Satwiwa. Ranch structures and introduced grasses represent over a century of ranching, while native plants reflect an environment that Chumash Indians lived in for thousands of years." Visitors are also told to keep an eye out for deer, coyote, hawks, and falcons. We imagine that seeing these animals, combined with the spectacle of a celestial event, would produce the IRL equivalent of those crazy "Three Moon Wolf" shirts.

Rancho Sierra Vista/Satwiwa is located at the cross street of Via Goleta and Lynn Road in Thousand Oaks. 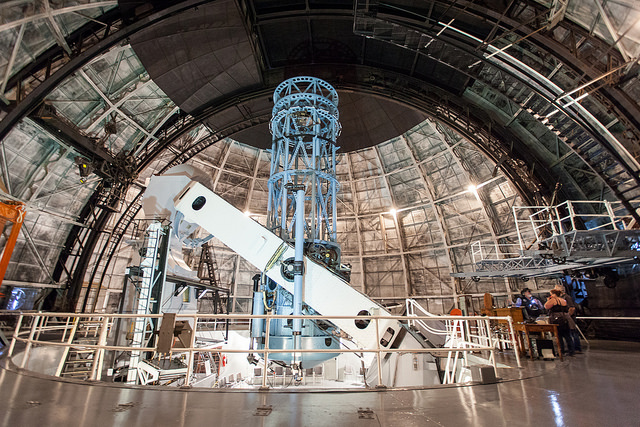 The Hooker Telescope at Mount Wilson. (Photo by Josh Patterson via the LAist Featured Photos pool on Flickr)

Thomas Meneghini, executive director at Mount Wilson Observatory, tells LAist that the site doesn't have official plans just yet. But they're mulling over an idea that's plenty intriguing. Meneghini says that he's thinking about pointing a 100 mm solar telescope at the sun, and having the image projected in the auditorium that seats about 250 people. If you're interested, you can follow the observatory on Facebook and/or Twitter to stay up-to-date with developments. Fun tidbit: much of the observatory staff will be gone on August 21, as they'll be in other parts of the U.S. to catch the total eclipse. "All of us are astronomy nuts here. So we're going to areas where there's totality. We're accessing who'll be left to handle the event, if it happens," said Meneghini, who'll be staying behind to help steer the ship.

To get to Mount Wilson Observatory: from the 210 take Highway 2 northbound for 14 miles, turn right on Red Box Road. Follow it 5 miles to the top. 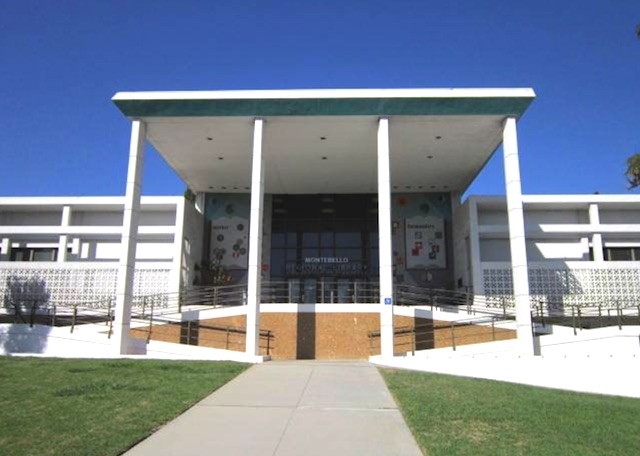 If you have late fees on library books, August 21 would be a good day to go and pay them off, as a wide number of city and county libraries will host eclipse viewings. Within the Los Angeles Public Library system, branches in Little Tokyo, Pacoima, Woodland Hills, and South L.A., among others, will be hosting events. County libraries joining in on the party include branches in San Gabriel, Rosemead, and Norwalk. Many of the libraries will be projecting NASA's live-stream of the event, and some offer eclipse viewing glasses and will have a solar telescope on hand. Contact the library for information for what, specifically, will be happening. Take note that many of these events will be children-centric. Likewise, the Woodland Hills Branch Library will host a presentation where, "Phases of the moon will be explained with frosting-coated chocolate cookies!" We assume it'd be weird for a childless adult to grab a slice.