Why You Should Cold Brew Iced Tea, According To A Master 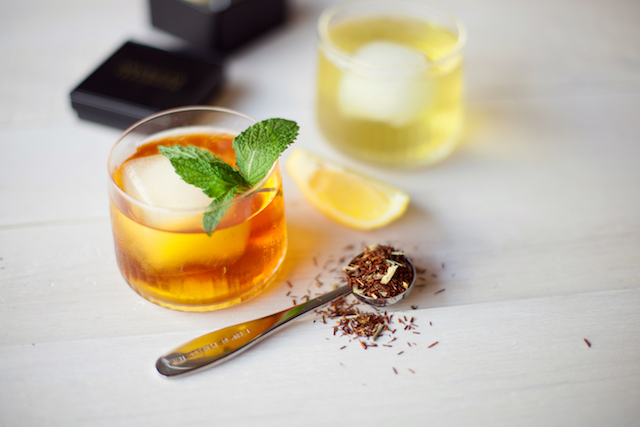 Tea Master and American Tea Room founder David Barenholtz goes through about eight cups of cold-brew black tea (Golden Needle Yunnan, of course) per day. "I put about about eight pinches into water before I got to bed, and let it steep overnight," he told LAist on a recent visit to the American Tea Room's Arts District location. He then advises, "filtered water always. Spring even. For anything."

Before entering the tea world, Barenholtz received a master's in art history from Columbia University, then spent years in the gallery world, eventually opening his own gallery (the David Gallery) here in Los Angeles. In 2003, he opened his first tea room, Le Palais Gourmet in Beverly Hills. "I really knew nothing about tea, but was convinced something like those European tea boutiques could succeed in America," he says. The business took off, and in 2009, he changed the company name to American Tea Room (a play on the Russian Tea Room in New York City). Today, the company sells over 200 teas and specialty blends from three locations around Southern California. But on this hot afternoon in late July, Barenholtz is talking iced tea.

"About 70% of the tea consumed in the United States is iced tea," he continues (and the U.S. Tea Association says it's even higher: 80%). "Ice teas are sweeter. You know, if you're letting it steep for four, six, eight hours, you're really getting the full nuanced flavors. If the tea has any fruit notes, you're getting all the sweet fruit flavor." 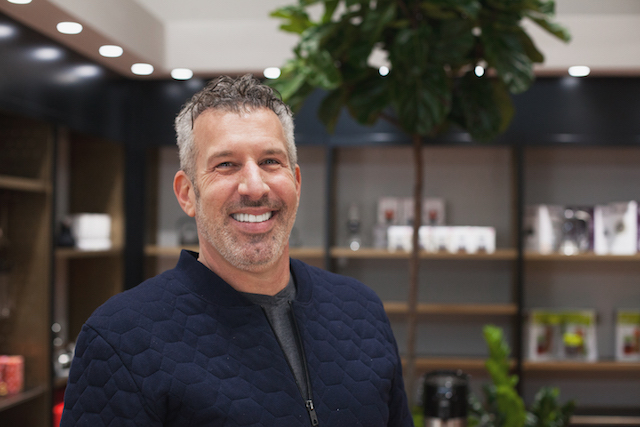 Barenholtz then explains that cold brewing is a more forgiving process than steeping the tea in hot water. "One hour doesn't make a difference," he says. "Hot is exact—I'll usually weigh the tea on a scale, steep it for an exact time. But with cold, as long as you don't leave it for 64 hours, or something, you're fine. Green teas are very hard to make correctly hot. But cold, you don't need any fancy machinery."

And what's the best way to cold brew your tea? "The Japanese will put the tea leaves on an ice cube, and when the ice melts, you're done." He explains that the method works in any container, so long as you fill it with ice, put the leaves on top, then let it melt.

"And pure teas can be reused for more cold brews later," Barenholtz says. "Blended teas, no so much. Whatever flavor is blended in—like jasmine or something—will be washed out after you cold brew it." He notes that adding ingredients into the brew is a way to infuse your own flavors. "Melons, citrus, stone fruit, throw them in. Or put in even a teaspoon of lemon juice and you have a great Arnold Palmer."

Can you mix it with alcohols? Of course. "Tequila, vodka, and rum works well," says Barenholtz. "But steep your tea in the alcohol, not the other way. Whatever your strongest base is—alcohol in this case, versus water—that's where the tea goes." Never heat the alcohol—you should just be putting the leaves directly into the liquor, and letting them steep. Water can be added after to taste. Tequila works great with green teas and mint teas. "And Japanese teas give a great umami flavor. It's like Peruvian cuisine, you have this mix of Latin [the tequila] and a bit of the Japanese umami." For rum, try mixing with chai.

"It makes for a really fun cocktail," Barenholtz concludes. "And try putting chamomile into alcohol, it's beautiful."