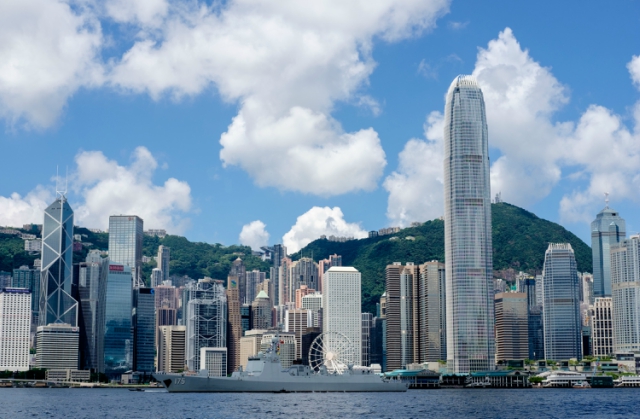 In a recent interview with the Los Angeles Times, Esdras Ochoa, 35, the Mexico City-native who opened Salazar in Frogtown last May, discusses his upcoming restaurant 11 Westside. The joint is set to open in August on the ground floor of a luxury condo building in Kennedy Town.

“This area is what Frogtown was — it’s up and coming, kind of hidden,” Ochoa says, reports the Times.

"I want to bring a lot of elements from where I was born, in Mexico City," Ochoa continued to the Tatler. "I want to have carne asada, carnitas, and maybe we take it back to the styles of Sinaloa, or to Nayarit. I want to do a braised stingray taco with chipotle and peppers and tequila, braise it with butter, and serve it on a handmade corn tortilla."

You should also expect a bar (called The Wilshire) in the back of the 4,000 square foot space helmed by Daniel Eun of Koreatown's The Normandie Club.

So how did the chef behind Salazar, which was named one of GQ's best new restaurants in 2016, wind up in Hong Kong? As Ochoa tells the Times, Jon Chan, who opened Hong Kong's Boba Bear in Koreatown back in 2010, was a customer at Salazar. He approached Ochoa and said he wanted to start his own restaurant. “They flew me over here for a week, and I fell in love with the city,” said Ochoa. “It happened so fast.”

Now here's an insight from Ochoa on the difference between L.A. and Hong Kong to leave you with. "What I love about the city is that you get a Gucci store and then there’s a guy selling fishballs on the sidewalk," the chef tells Tatler. "It’s not like LA—you’d never see a guy slinging tacos or selling hotdogs on Rodeo Drive."

11 Westside will be located at the ground floor of The Hudson, 11 Davis Street in Kennedy Town, Hong Kong.

Related: Salazar Is Still Worth The Wait After More Than A Year In Frogtown