Those Glorious Peach-Stuffed Doughnuts Are Back At The Donut Man 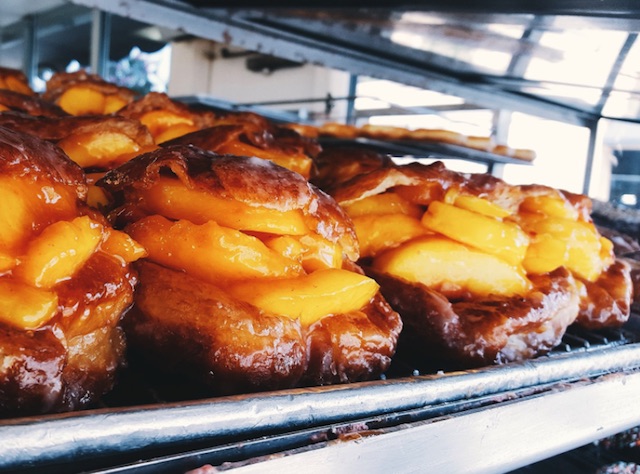 (Via The Donut Man/Facebook)

People may claim that we don't have seasons in L.A, and in 30 years we may be getting nothing but 365 days of summer, but us Angelenos still experience the passing of time, thanks to The Donut Man in Glendora.

Every year, doughnut-hounds wait patiently for the store's strawberry-filled doughnuts (which usually arrive at the end of January) and its peach-filled counterpart (which often arrive in mid-July). These gastronomical wonders tell us that we exist in the same space-time continuum as the rest of the temperate-climated world does, and right now we're getting another such reminder, as The Donut Man recently announced its first batch of peach doughnuts:

Time is not to be wasted, as these doughnuts will only be around for a few weeks before they ride off into the sunset once more. And, as if you need any more incentive to get out there, here are some of the scrumptuous shots being shared on social media:

Finally, if you're not familiar with The Donut Man (don't worry, we won't judge), you can catch up via Huell Howser's visit to the beloved doughnut purveyor.