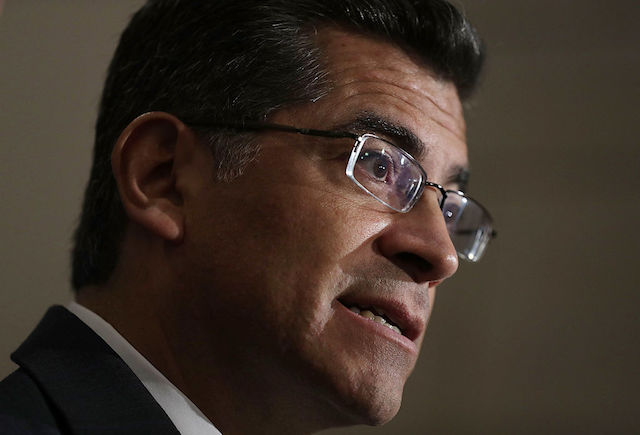 In a letter sent Friday, California Attorney General Xavier Becerra and 19 other attorneys general urged President Donald Trump to maintain the Deferred Action for Childhood Arrivals (DACA) program, citing its positive impact on states and the nation as a whole. The policy has provided work authorization and deportation relief for close to 750,000 young immigrants since its implementation in 2012. During President Trump's campaign, he was vocal about ending the program. Since his inauguration, he has taken on a less urgent tone, however recent remarks from Department of Homeland Security Secretary John Kelly appeared to place the program in danger. The first deportation of an immigrant protected with DACA status occurred in April.

In announcing the letter Friday, Becerra said "The President should defend this vital initiative that benefits families, communities and economies in California and across the country." California is home to 200,000 DACA recipients, all of whom work and pay taxes in the state. The letter itself reads, "We urge you to affirm America’s values and tradition as a nation of immigrants and make clear that you will not only continue DACA, but that you will defend it." The attorneys general continued, writing, "DACA sensibly guides immigration officials’ exercise of their enforcement discretion and reserves limited resources to address individuals who threaten our communities, not those who contribute greatly to them."

The letter comes in response to a letter pushed by Texas Attorney General Ken Paxton, who wrote to Attorney General Jeff Sessions in June, asking him and President Trump to end the DACA initiative, according to Politico. Texas did not object to the original DACA program back in 2012, but, along with 25 other states, sued against its expansion in 2014, which would have extended the program's protections to parents. The expansion was deadlocked in the Supreme Court and never went into effect. Texas AG Paxton and the 9 other attorneys general threatened litigation against President Trump's administration should he continue the DACA program as it currently stands.

Becerra and the 19 other attorneys general who urge President Trump to defend DACA point out the differences in the Deferred Action for Parents of Americans and Lawful Permanent Residents (DAPA) expansion to DACA, namely "the different populations addressed by each program." They therefore consider "arguments set forth in that letter [written by Texas AG Paxton] are wrong as a matter of law and policy."

Becerra announced the letter in front of a group of students at Cal State L.A., according to the L.A. Times. Several DACA recipients were in the crowd cheering him on. He was joined by his successor to CA District 34, Congressman Jimmy Gomez.