Chicago's Famed Harold's Chicken To Open In Hollywood This Summer 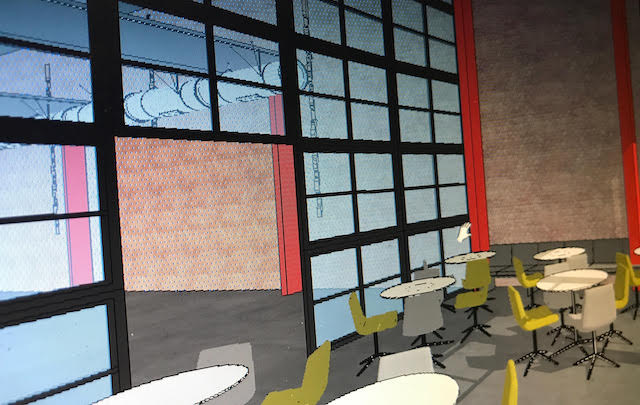 Rendering of the forthcoming Harold's location in Hollywood. (Photo courtesy of Harold's Chicken)

Harold's Chicken Shack, the famed Chicago fried chicken chain known for being a favorite of former President Obama (and countless politicians, athletes and celebs), has announced plans to open in Hollywood this summer. This will be the chain's first California location.

Details are still pretty slim, but the L.A. outpost will be located on Hollywood Boulevard and food will be available "starting Summer 2017," so doors will presumably be open within the next two months. Harold's, which has been around since the 1950s, is known for its Chicago-style chicken & fish dinners, drizzled in its signature mild and hot sauces. Kendrick Lamar fans might also recognize the name from "Jealous," the rapper's collaboration with Fredo Santana, where Lamar mentions hopping on a private jet from Rome to fly straight to Chicago for some Harold's Chicken (for a full rundown of Harold's mentions in hip-hop lyrics, see this excellent and extensive guide from Fake Shore Drive)

And we would be remiss if we didn't mention the Harold's Chicken-themed birthday cake that Chance the Rapper (who once brought Katie Couric for on-air wings at Harold's) put up on Instagram earlier this year:

Thank God for the people in my life. I've had unimaginable & undeserving blessings in my 24 years here. I love you chicago, let's see what we can do for this world.

According to their website, the Chicago institution came to serve its original South Side neighborhoods out of necessity, as bigger fast-food chains tended to avoid the setting up shop in the largely African American area, and "legal and social obstacles" prevented the black-owned business from expanding into other Chicago neighborhoods. "As a result, Harold’s became one of the few examples of a thriving fast food chain that was owned by, and primarily served, the Chicago African-American Community," the site continues.

"Harold's is a notable part of Chicago's South Side culture and we know it will be extremely appreciated on the West Coast," Chasity Clark, CEO of the Harold's Chicken West Coast team said in a statement. "We are very excited to weave the history of this Chicago institution into the illustrious culture of Hollywood." 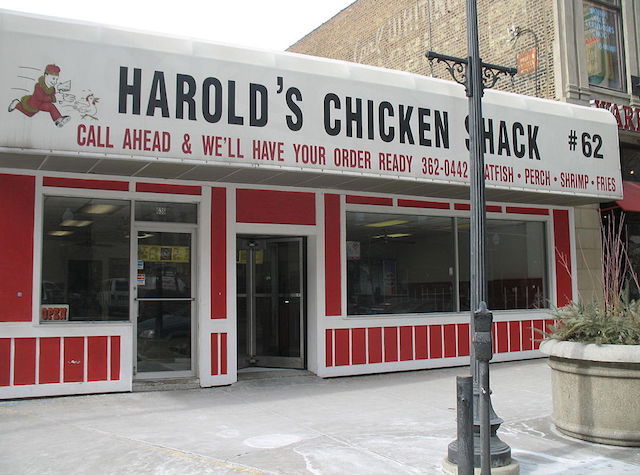 The Hollywood location will be a full service, sit-down version of the Chicago restaurants, like Harold’s Chicken and Ice Bar in Atlanta.

"My Dad would be very pleased to see his business open on the West Coast," Kristen Pierce-Herron, President and CEO of Harold's Chicken Shack and daughter of eponymous Harold's founder Harold Pierce.

Here's what our sister site Chicagoist had to say about Harold's (from their Best Fried Chicken in Chicago roundup, naturally):


When you are looking to get some amazing fried chicken on a budget, local favorite Harold’s Chicken Shack should be your destination. A wing dinner comes with bread and fries and will set you back just about $5 for four wings plus sauce. Now, these aren’t any wimpy little wings you’d get at a cheap sports bar. At Harold’s you can count on a whole fried chicken wing, every time. Apart from their exceptional size, these wings are cooked to perfection and will rock your world with their precise blend of a moist and juicy inside and a perfectly breaded outside. The contrast in every bite is ideal. If you’re in the market for something else fried, there is also light and dark meat bucket options, combination dinners and fish entrees, namely perch and catfish.