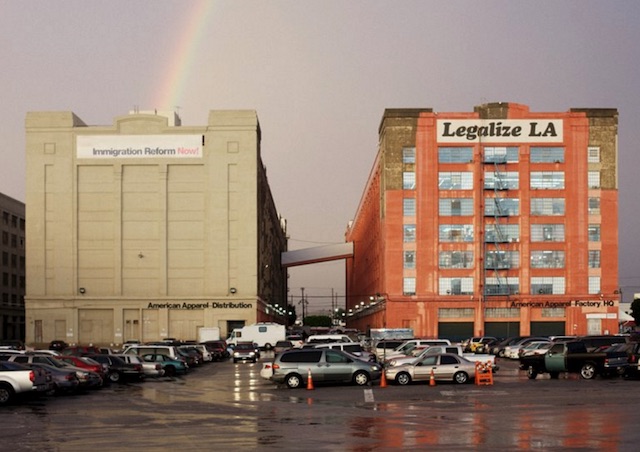 Six hundred workers recently laid off from American Apparel will receive help finding new jobs and getting back on their feet through a $3 million state grant awarded Thursday.

The California Employment Development Department grant, which was awarded to the city of Los Angeles' Economic and Workforce Development Department and the county's department of Workforce Development, Aging and Community Services, will help laid off workers rebuild skills and find long-term employment. The two departments have already helped a number of former American Apparel workers with access to job training and assistance in applying for unemployment insurance.

More than 3,100 American Apparel employees were laid off from three sites in late January after the company was auctioned off to Gildan, a Canadian clothing manufacturer. More than 2,000 of those employees worked at American Apparel's downtown Los Angeles headquarters; the rest were employed at sites in South Gate and La Mirada. According to the grant application, the majority of the impacted workers are low-skilled and low-wage employees, many of whom have significant barriers to re-employment, including limited English proficiency and computer literacy.

The city Economic and Workforce Development Department's Rapid Response team conducted a number of informational meetings at the company's downtown headquarters in the weeks prior to the layoff date to provide employees with information. The Rapid Response team was also on-site on January 16, the official layoff date, to provide more information about how to access resources, such as ESL classes, assistance in obtaining unemployment insurance benefits, job training, and computer skills. An additional four orientation sessions for laid-off workers over the next ten days. Training during those workshops was provided in individuals' native languages, including Spanish, Korean, Farsi, and Arabic. Roughly 25 employers in the L.A. area have already helped place former American Apparel workers in new positions, ranging from sewers to housekeepers to food service workers and fork-lift drivers, according to someone familiar with the program.