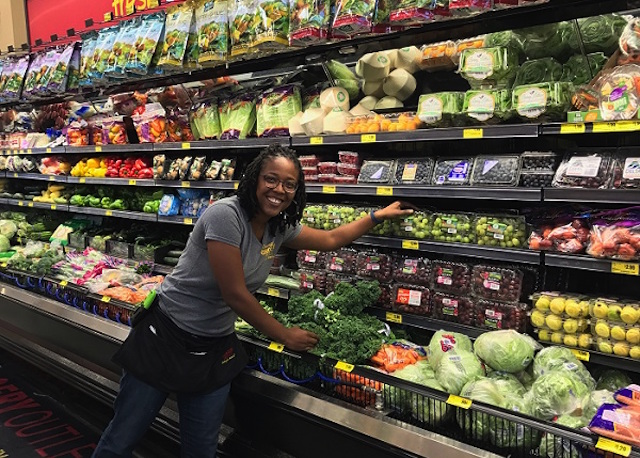 In April, 36-year-old Kia Patterson made history when she took over ownership of Grocery Outlet in Compton—making it the first black-owned grocery store in the city. The Compton native, who told an interviewer that her family works at the store with her, aims to bring quality food at low-cost price points to the community.

In a video posted to Facebook that has since gone viral, Patterson said she was able to take over the store because of her extensive experience in the industry. After years of working at Smart & Final, she was actually recruited by Grocery Outlet to help with their L.A.-area expansion. The L.A. Sentinel reports that Patterson began training with the company in June 2016, and after gathering her investments and setting up a business plan she took ownership of the store on April 1, 2017. Grocery Outlet is a San Francisco-based company with more than 250 locations in California, Oregon, Washington, Idaho, Nevada and Pennsylvania. According to the company's website, each store is independently owned and operated by local individuals like Patterson, who make the day to day decisions of the business.

When the Compton Grocery Outlet first opened in May 2016 (about a year before Patterson took over ownership), locals praised the addition of another store with fresh options and produce in the city, which was declared a "food desert" by the USDA in 2013.

"This store is really good for the community. The most important thing is we sell a lot of organic products at a bargain," Patterson says in the Facebook video. "[The community] is so welcoming. Everyone wants to talk to me and shake my hand. Even just say 'Hi,'" Patterson told BET. 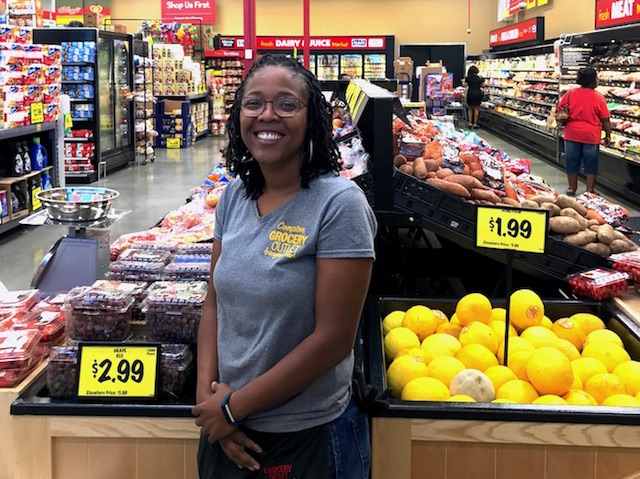 “I made the decision to own a Grocery Outlet so that I could have the freedom to be able to do what I want to do and not be pigeon-holed to anything,” Patterson told the Sentinel. “Now I have the ability to set my own destiny.”

“I’m not one of those owners that dictates things. I mop the floor, I do car runs,” she continued.

The Compton Grocery Outlet store is located at 2175 W Rosecrans Avenue in Compton. The store is open from 7 a.m. to 9 p.m. every day.