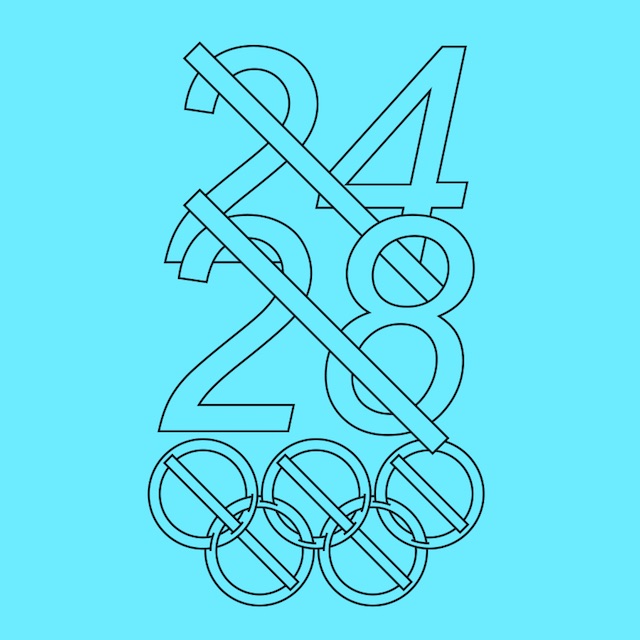 The possibility of an Olympics in Los Angeles appears to be almost guaranteed at this point. The IOC plans to vote on the 2028 and 2024 Olympics locations simultaneously, an economic report indicates the games likely will be economically sustainable, and it seems like every powerful person in Los Angeles is joining the Olympics board. As pervasive as support for the Olympics seems, it's not unanimous. A local activist coalition calling itself NOlympics Los Angeles has started working to undermine the Olympics' political power and point out what it regards as major threats to Los Angeles: displacement, police crackdowns, and diversions from L.A.'s major humanitarian crises.

The group was born out of the Los Angeles chapter of the Democratic Socialists of America and its Housing and Homelessness Committee. Jonny Coleman, one of the chairs of NOlympics Los Angeles, told LAist the groups had "done a lot of work this year trying to form the Skid Row Neighborhood Council, working against Measure S and for Measure H, and a lot of people were worried about the Olympics but no one had the bandwidth [to confront the problem]." The possibility of the Olympics coming in 2028 instead of 2024 has opened an avenue for the group to resist the games' arrival in Los Angeles. Anne Orchier, another chair of NOlympics Los Angeles, explained to LAist how "All of the approvals and any of the decision-making and formal decision processes that have gone through the city and state governments are all specified for 2024. This is unprecedented, so our assumption is because these are all tied to 2024, these would have to be revisited."

A Loyola Marymount University poll from 2016 showed 88% approval for the games from Los Angeles citizens, but NOlympics LA believes it is inaccurate to place so much weight on a single poll. From their experience speaking with people in the city, most people come around to the idea "in about five minutes," according to Orchier. "The only people we haven't people been able to convince end up being sports executives or real estate developers, so they're clearly getting a monetary benefit from the games," she elaborated.

NOlympics LA has been working with a number of local partners, including Black Lives Matter Los Angeles, the L.A. Tenants Union, Af3irm, and the Crenshaw Subway Coalition.

L.A. and Paris will meet with the International Olympics Committee in July to present their official plans for hosting the games.

This afternoon at Sycamore Grove Park in Mount Washington, the group is hosting NOlympic Day to build the community coalition against bringing the Olympics to Los Angeles. The event ends at 3 p.m.