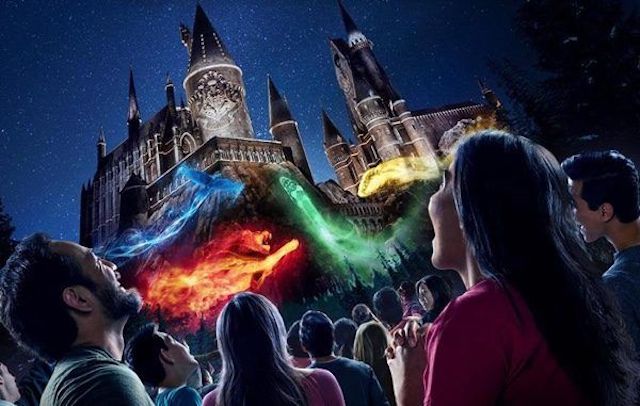 Just in time for the heat wave to cool off, the latest addition to Universal Studio's Wizarding World of Harry Potter opens Friday. Officially titled the Nighttime Lights at Hogwarts™ Castle, the new light show will feature "illuminated projections" against the Hogwarts Castle, with the sounds of John Williams' compositions soaring through the air to provide a soundtrack to your magical summer evening. The show will play every 20 minutes after sundown and last about five minutes, according to Los Angeles Magazine. Besides the music and lights, it also features narration from the Sorting Hat himself (herself? themself?).

To see the show, you'll need to be in the park until sundown, so plan accordingly. If you stay a whole day, parking runs anywhere from $20-$40, depending on the proximity to the park. If you arrive after 6 p.m., parking drops to $10-$30. There's also, of course, the Metro. Universal Studios offers a shuttle from the Universal City/Studio City Red Line station all the way to the front gates of the park, from 7 a.m. until 2 hours after the park closes. The light show will run through Labor Day.

Of course, night time also equals dinner time, so grab a bite at the Three Broomsticks or get some candy from Honeydukes and enter a post-sugar high somnambulant state while kind of processing the colorful lights happening in your eye-line.