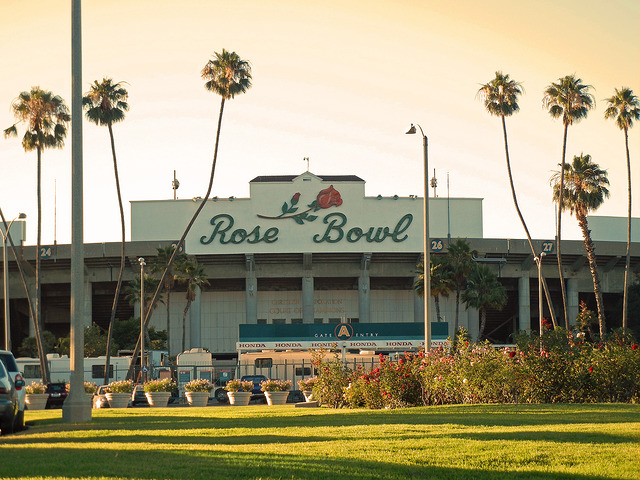 (Photo by kayno919 via the LAist Featured Photos pool on Flickr)

It's been over a year in the making, but this weekend's Arroyo Seco music festival is almost here. And while the music line-up looks pretty stellar (Tom Petty! Alabama Shakes!! Andrew Bird!!!) we thought we'd also give you the breakdown of the food and drink options that will be available (because everything is better with a nice cocktail or ice cream cone in hand).

The two-day festival (held at the Rose Bowl in Pasadena) is co-organized by GoldenVoice, the mega-producers behind Coachella, so expect some carry-overs from the Indio event as well as some of the city's heaviest culinary hitters.

According to Time Out, there will be 50-plus vendors at the festival, but no need to be overwhelmed. Here are five picks for can't-miss options. 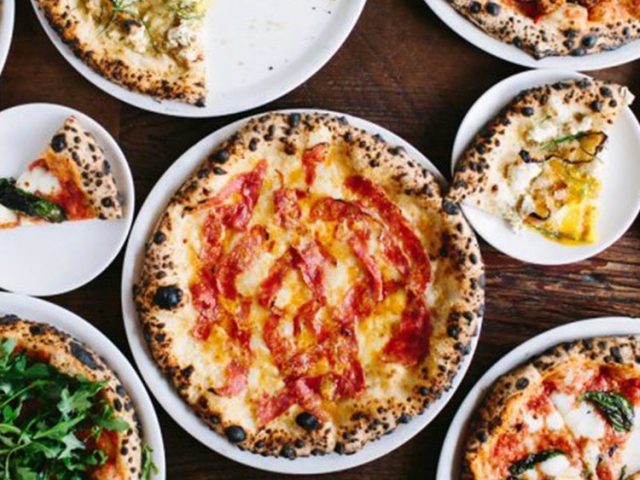 We're fans of everything Wexler's Deli serves up, be it deli sandwiches or any other creation. 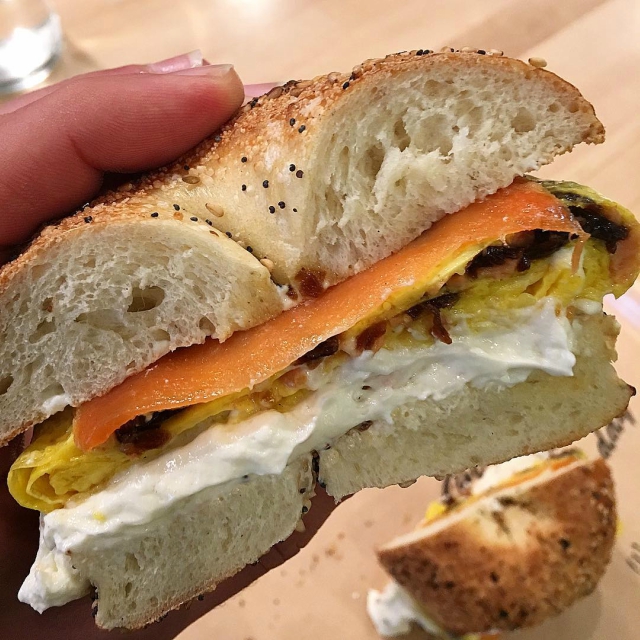 As well, since it'll be the tail-end of this week's heatwave (i.e. really hot), we're also looking forward to Ridges Churro Bar, which combines churros and ice cream with a host of irresistibly sweet toppings. 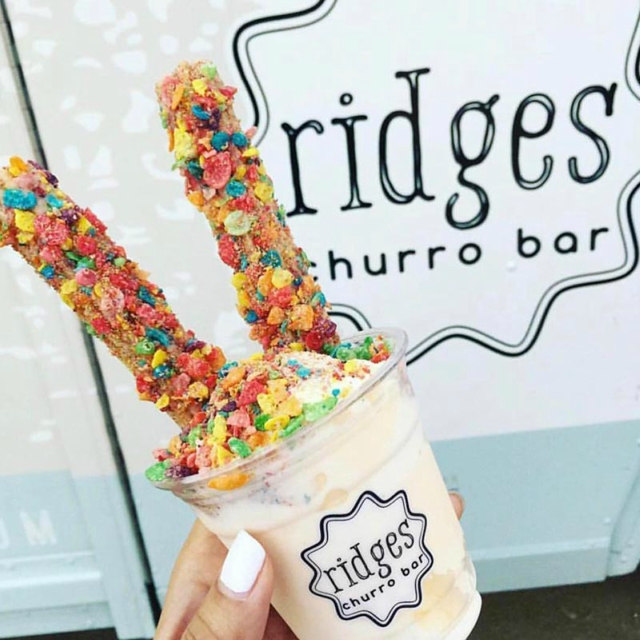 The bright flavors of a TikiFish seafood dish is another excellent way to feel refreshed in the mid-day sun. 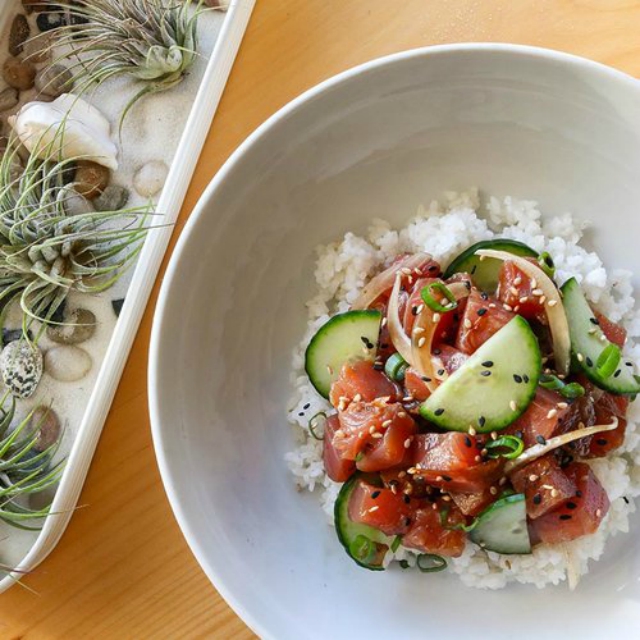 And the NoMad truck's Humm Dog (named for NoMad's chef Daniel Humm) is one of our favorite (re: most decadent) non-dessert treats around town. The hot dog is wrapped in bacon, topped with black truffle mayonnaise and crunchy celery relish, and served between a golden-brown brioche bun. (Just kill us, now). 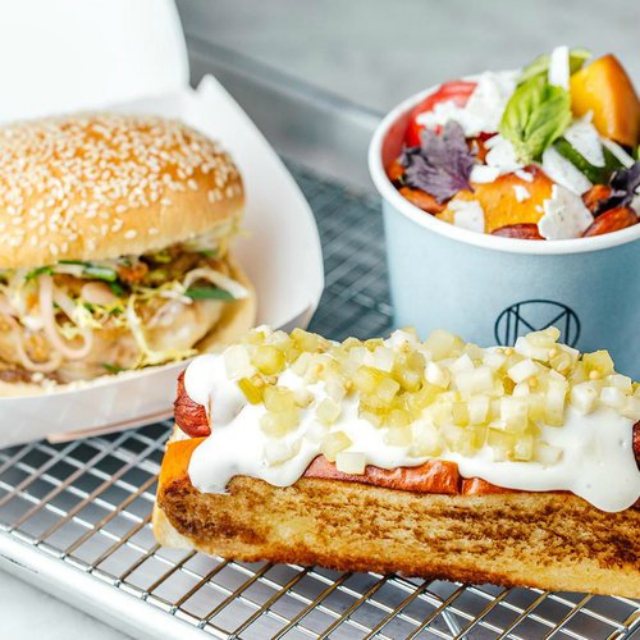 The Humm Dog by NoMad (Courtesy of Arroyo Seco Weekend) 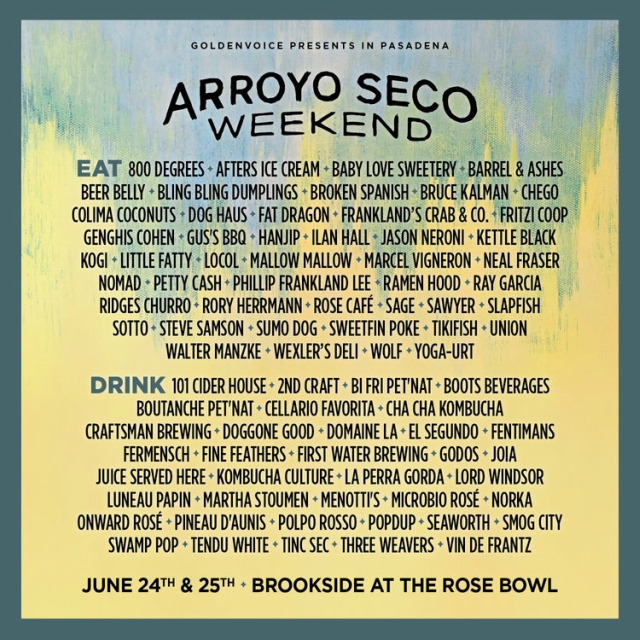 Arroyo Seco will take place June 24 and 25 at the Rose Bowl in Pasadena. $125 single day and $225 weekend general admission tickets are still on sale here.