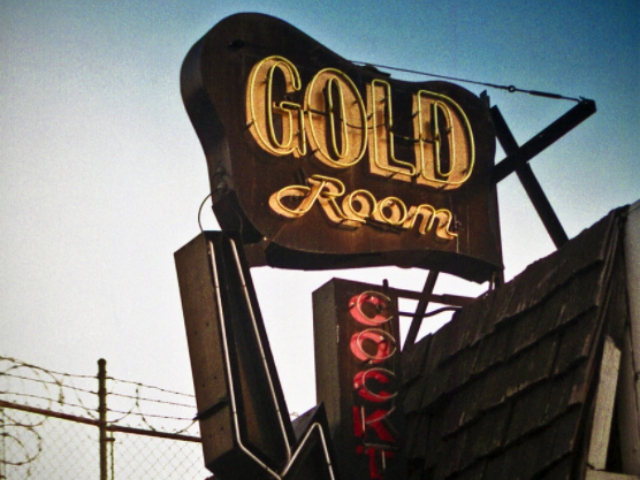 Have you heard? The Gold Room in Echo Park has closed. It's only temporary, it seems, but still, what's up?

LAist gave the bar a call, only to get the following voice mailbox message:

"Thank you for calling the Gold Room. We are currently closed. We will reopen soon. Thank you."

On Yelp, which now lists the bar as "closed", comments note the closure as early as June 10. But, as The Eastsider notes, the bar seems to have been closed six weeks ago, in late May.

A new round of renovations is always possible, but the bar underwent an overhaul back in 2009 and, according to The Eastsider's reporting, the establishment's liquor license remains in owner Jose Perez's hands, and has not been sold, transferred, or suspended (re: no signs of permanent closure).

Got any info on Gold Room's closure? Please let us know at tips@laist.com! In the meantime, we'll be drinking away sadness over this mystery at The Short Stop.