Santa Monica's Erven Is No Longer A Vegan-Only Restaurant 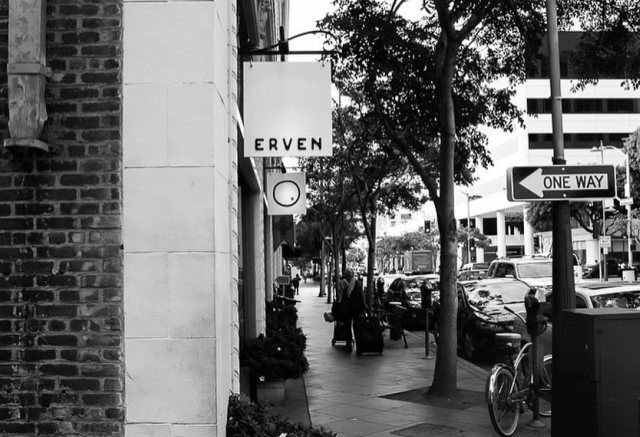 It came as a surprise to some when chef Nick Erven opened his eponymous Erven in Santa Monica last year as a vegan-only affair. The former chef of Saint Martha had built a reputation as an inventive (and masterful) cook of both meat and plant-based foods. Now, after about a year in (and having made countless Best Of lists—including our own) Erven is changing itself.

"When we opened the place, we were hoping to bring vegan and non-vegan diners together," Erven, who is not a vegan himself, said in an interview with LA Weekly earlier this month. "For a chef, it can be exciting to put yourself in a box."

But now, Erven will begin serving meat and diary.

"It's hard to be anything more than, 'I'm a vegan chef.' It's pretty limiting. I found myself wanting to do more," Erven continued. "We were losing the fun of the whole thing. We were becoming slightly snotty, like, 'look at how badass we are.' It's been humbling to find out how hard it is to be badass without the tools you're used to. I want to get back to the fun of cooking."

And so he will. Beginning Wednesday, Erven will be using animal-product ingredients in his dishes.

"I'm excited to cook this way again," Erven told LAist. "I'm not trying to piss anyone off...I want these dishes to live side by side with each other."

"I'm not vegan, my friends are not vegan," Erven added. "This is L.A.—it's already hard enough to get people out to eat...I want to feed as many people as I can and remove the scariness of a 'vegan' restaurant."

As for redefining what his restaurant has made its name as?

"Of course I'm nervous, obviously it's a big change," Erven continued. "But, I love cooking...And I hope this works for both meat eaters and plant-based eaters."