Here Are Our Favorite Coffee Shops In Los Angeles 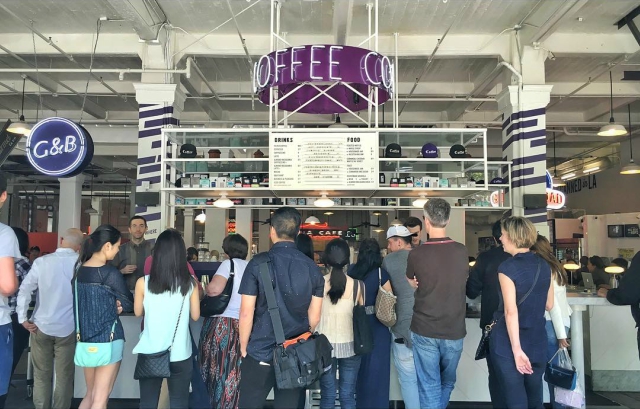 It can be a daunting task looking for a good place to go out to in this city. There are so many bars, so many coffee shops, so many restaurants. But which ones are actually good? Yelp can be hit or miss, and your friends aren't always a wellspring of new suggestions—you all go to the same spots anyway. Le sigh. Well, we here at LAist understand the struggle. We've faced it numerous times ourselves. So, we thought we might be of service and share some of our own favorites with you. As part of an ongoing series, we're naming some of our favorite spots, covering everything from breakfast to bars to milkshakes.

This time around, we ask:

Slight personal bio time here, you guys. I went to USC and ran a cooking show there for awhile. Our first production meeting of every semester always occurred at Grand Central Market. In my early years, the only new stands were Eggslut and G&B. I quickly learned Eggslut was an obvious food stunt, unworthy of its absurd lines (Villa Moreliana is the obvious star of the Broadway entrance). G&B, though, was the holy grail. The Business and Pleasure, the cold brew, the iced latte, the regular drip—it all changed my mind on my capacity to love coffee. The market, and G&B, became wrapped up in a personal mythology of learning to love Los Angeles and seeing the wonders it could reveal once I put in the effort to look. As other stands started popping up, and I started going to GCM for thai, cheese, falafel, pastrami, and not just tacos and coffee and pupusas, Los Angeles was opening before me as well. If it weren’t for G&B’s coffee, though, I would never have been there in the first place. G&B developed Go Get ‘Em Tiger, and its original stand in the market transformed into a 360-degree coffee bar, so it no longer feels like the secret mecca of perfectly brewed coffee. It still holds my heart in its hands, though, as well as the pages of reading and writing I’ve done while sitting at the bar. 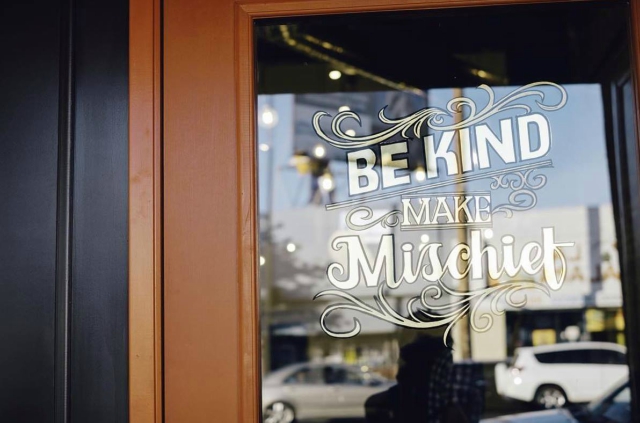 You may have some perception of the Modern Coffee Shop as being a little aloof, maybe even frigid. But Kindness and Mischief hits all the cozy notes: intimate space with plenty of natural lighting, a staff of friendly and knowledgeable baristas, and coffee that eschews all pretensions and packs a straight lightning bolt of caffeine. An added bonus is a formidable lineup of pastries that includes vegan muffins and jelly donuts, and even an ube coconut biscuit. Frittatas are also on hand for those who are especially ravenous.

Kindness & Mischief is at 5537 North Figueroa Street in Los Angeles. 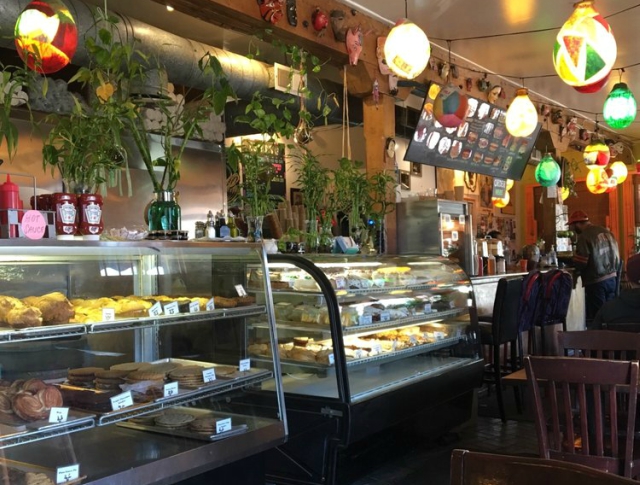 Eviscerate me in the comments, but I'm a philistine who thinks the coffee at Intelligentsia tastes bitter and the act of paying more than $4 for coffee makes me hate myself. This viewpoint, as you might imagine, rules out true enjoyment of the majority of LA's most-hyped coffee shops. But the Silver Lake-by-way-of-Cuba Café Tropical isn't like most L.A. coffee shops. For starters, no one is ever going to use "curate" as a verb to describe anything on the menu, nor will you be subjected to the long-winded origin story of their espresso beans. A café con leche will set you back $3.50, as will a cortado, if memory holds. There is occasionally a line, but it moves with startling efficiency so you'll never be waiting long. You are, however, very welcome to linger with your coffee as long as you like, and chances are high that you'll see someone you know crowded at a table under one of the many framed Cuban photos. 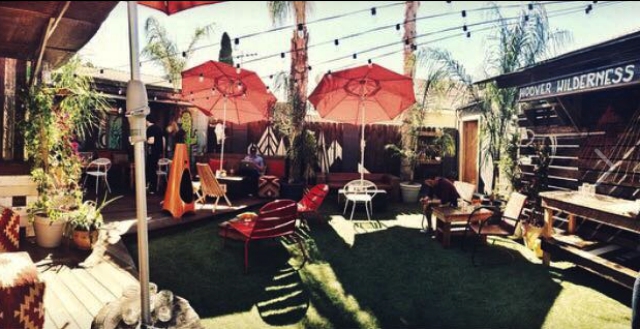 Nestled on Hoover Ave on the outskirts of Silver Lake, Cafecito Organico looks like a run-of-the-mill, trendy coffee shop—until you step out into the sprawling back garden, where you can curl up in a leather lounge chair under huge umbrellas and strings of lights and feel like you’ve gone on retreat to a tropical cabana, for only the price of a four-dollar iced latte. (Sure, you could—and probably should—make coffee at home for free, but that’s a pretty good deal for a mini-vacation.) I don’t know what kind of fan arrangement/deal with the devil Cafecito Organico has made, but their back patio is always perfectly breezy and cool, even in the sweatiest, stickiest days of summer. The crowd at Cafecito Organico runs toward the uber-hip, but not offensively so, and they roast their own beans, for extra Silver Lake street cred. 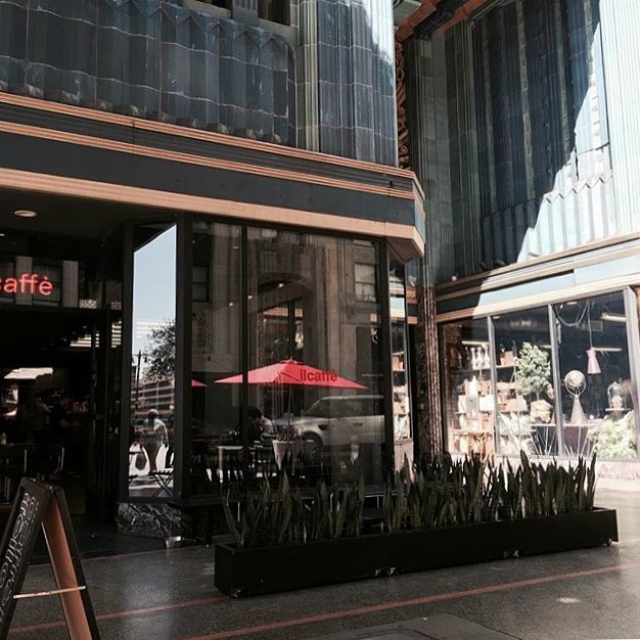 There's something magical about ordering a [insert your coffee order here] at ilCaffe, sitting out front along Broadway, and watching the downtown crowds go by. The early morning is an especially hygge-esque time when the sight of dog-walkers and stroller-pushers, along with the crisp morning sun and pre-hustle-bustle of the city, combine to give you a certain peaceful charm that city life so rarely affords. Oh, and be sure to order a cardamom bun. It's a Swedish specialty. You'll thank me later.