So, What's The Difference Between A Flat White, A Cortado And A Cappuccino? 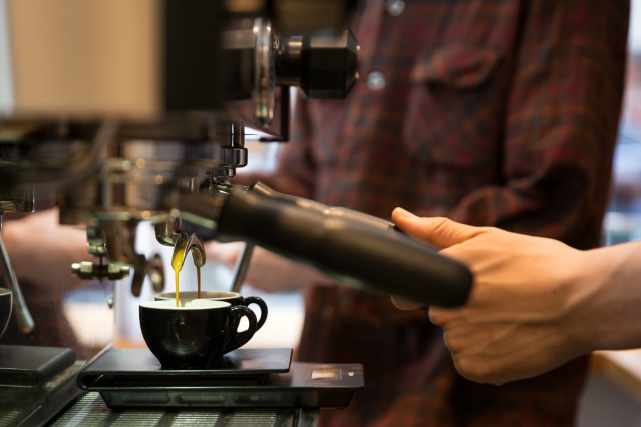 The days of the cappuccino being an exotic coffee drink in the United States are gone. Long gone. Today, it's not even just the third-wave coffee shops in enclaves like Echo Park, Bushwick, or East Oakland that serve up cortados and macchiatos; you can walk into any Starbucks nationwide and find everything from a double-shot espresso to a flat white.

But with all our newly-available options, we've run into a few questions. What exactly is a flat white, and how is it different from a cappuccino or even a cortado. Actually, what the hell is a cortado?

Before we get into the nitty-gritty of espresso drinks, let us back up. Espresso drinks are defined primarily by their espresso-to-milk ratio (there are other factors, but we'll get to that in a minute).

This means that, to start with, you have a basic shot of espresso (which we recommend you get at Bar Nine in Culver City). 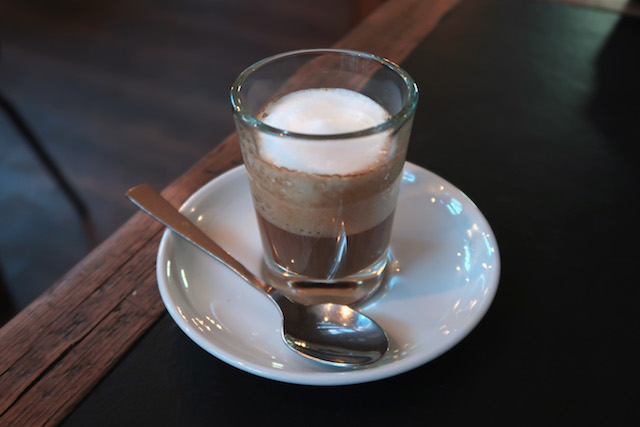 Macchiato in a glass (Photo by Sean Gallup/Getty Images)


Macchiato
According to Kevin Nichols of Bellissimo Coffee Advisors, a Portland, Oregon-based specialty coffee advising firm, the macchiato is the very first stop on the espresso-to-latte matrix, with the smallest amount of steamed milk. "The macchiato is two ounces [a typical double-shot] of espresso, about half-an-ounce of steamed milk. And the milk will be characterized by its micro-foam texture," Nichols told LAist. The Italian coffee staple is basically just an espresso, with a very small amount of foam (the word macchiato literally means "marked" in Italiano). 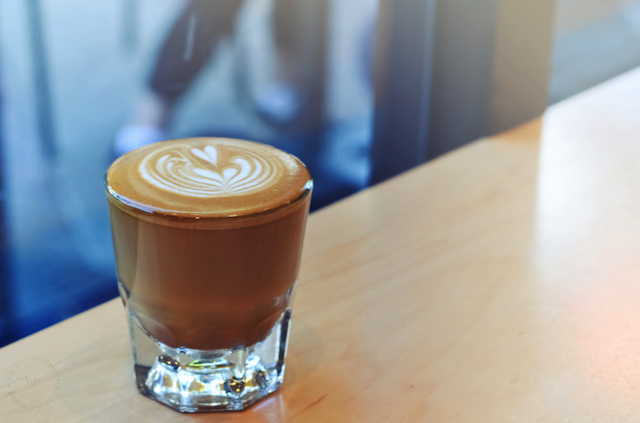 Gibraltar/Cortado at Cafe Dulce. (Photo by a.rios via the LAist Featured Photos pool on Flickr)


Gibraltar/Cortado
Next, Nichols says, is the Gibraltar (which is interchangeable with the cortado). A gibraltar is a double-shot of espresso with between one and two ounces of steamed milk, served in a glass tumbler (called a gibraltar glass, hence the name).

So, why the two names? It's mostly a matter of regionality. Cortado (the word) is the past participle form of the Spanish verb cortar ("to cut"). According to LA Weekly's Tien Nguyen, cortado (the drink) was dubbed as such by the Spaniards because "the milk helps 'cut' the acidity of the espresso. ...The French call it a noisette, presumably on account of the drink's hazelnut color. Cuba, too, has its version, the cordito, often made with condensed milk." And while the glass tumbler the drink is served in has always been called a Gibraltar, Blue Bottle Coffee was actually responsible for popularizing the word as a name for the drink. When Blue Bottle first opened up shop in San Francisco in 2005, they formulated a cortado-like drink, and named it for the glass they served it in, according to the New York Times. The name soon spread to other third-wave coffee spots. All this to say, the drink is primarily called a cortado on the East Coast, and a Gibraltar on the West Coast. For the record, it's called a cortado at Endorffeine, Menotti's, and Gjusta, while it's called a gibraltar at Alfred, Paramount Coffee Project, and Winsome.

Recommended: Try the Gibraltar at Paper or Plastik in Mid City. 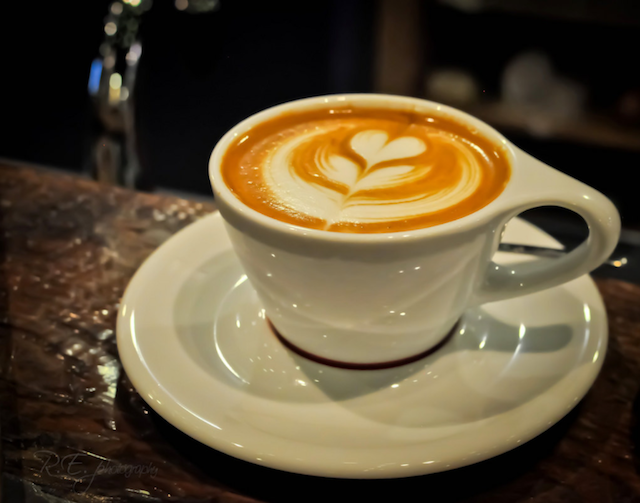 Cappuccino (Photo by a.rios via the LAist Featured Photos pool on Flickr)

Cappuccino
A strong cappuccino will actually have the same espresso-to-steamed-milk ratio as the Gibraltar/cortado, but it's served in a slightly larger (at least compared to the Gibraltar glass) ceramic mug. "Also, the milk is a little cooler in temperature, because it's made to drink immediately, while other drinks need to cool down," Nichols explained. 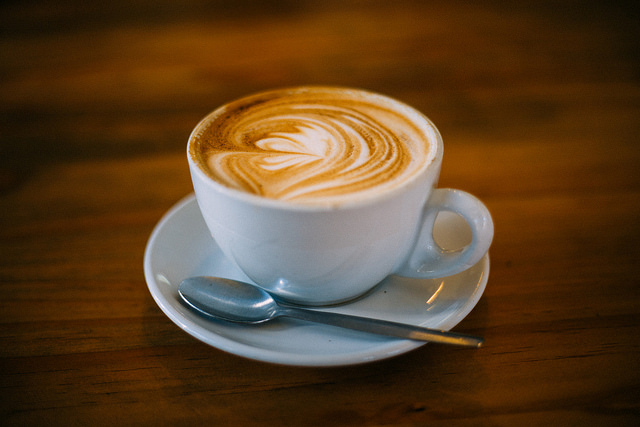 
Flat White
A flat white is, again, the same ratio as a Gibraltar and cappuccino, however, the milk texture is different. "It has a velvetier consistency, and that's because of how the milk is steamed," Nichols said. And before the flat white was made popular in the U.S. by Starbucks in 2015, Aussies and Kiwis alike were busy happily re-caffeinating with it for years.

Recommended: You'd be wise to have a flat white at any of G&B/Go Get 'Em Tiger's locations.

Latte
Finally, you have the latte, which is two ounces of espresso, and anywhere from six to 20 (!) ounces of steamed milk (it's no wonder the drink is commonly referred to as "dirty milk" around Europe, and readily guffawed by coffee snobs).

Recommended: The latte at Wide Eyes Open Palms in Long Beach is terrific. 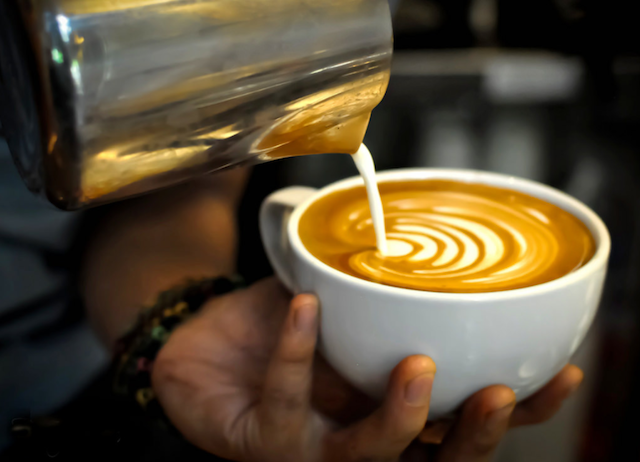 Latte (Photo by a.rios via the LAist Featured Photos pool on Flickr)

As for Starbucks's flat white? Nichols noted, "it's actually a correct flat white, made to the true size."

Fair enough, but we'll stick with our local coffeeshop's version.